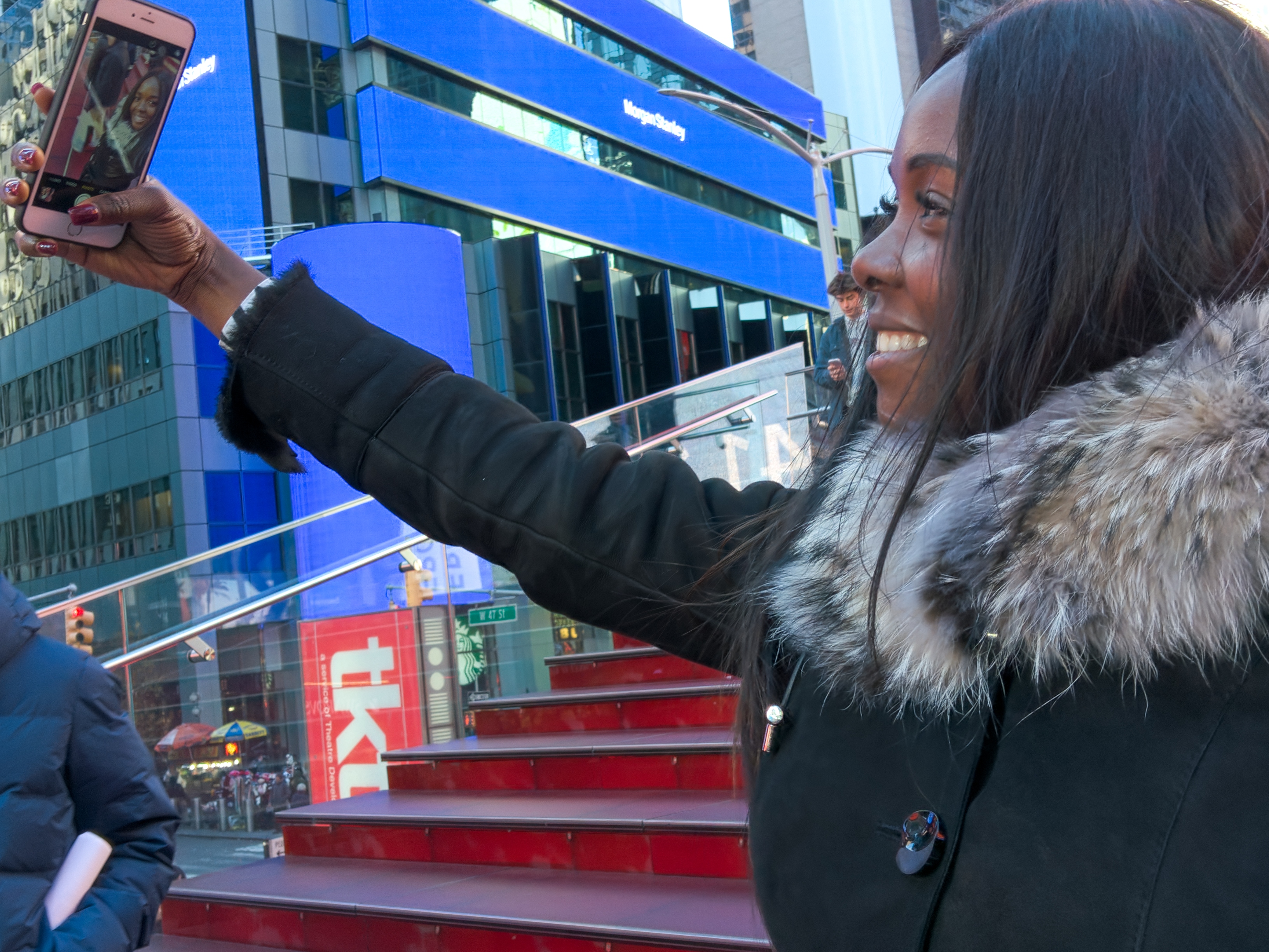 5 Reasons To Use A Smartphone For Video

We have been walking the streets of New York, taking photos of people shooting video.

As this is Christmas time in New York there are lots of tourists out and about, from Rockefeller Center to Times Square, all shooting video.

However, one would be hard pressed to find more than one or two people still using video cameras. Finding people using their smartphones to shoot video is simple. They are everywhere. This simple, and totally non-scientific survey tells us a lot about video usage now, and it is pretty much all phone based. As a result, 5 reasons to use your smartphone to shoot video and sell your video cameras on eBay, while it still has some residual value

The technology for phone video has improved with remarkable speed. Almost all phone cameras today shoot in 4K. This is unquestionably broadcast quality (and a lot of the broadcast TV networks with whom we work worldwide are moving to phones as well).  For your own video, most likely to be shared on social media, 4K is better than adequate - it's in fact beyond what anyone needs.

Even if you are shooting on a RED (and I don't see all that many people in Times Square shooting on a RED), you still have to schlep back to your hotel room (or newsroom) and then transfer and edit the damned thing. While editing has gone the same pathway as shooting - simpler, cheaper and more accessible - it still involves a lot of time and effort. On your phone, you can edit the video before you 'share' it with the rest of the world. I, for one, like iMovie (which is now remarkably close to FCPX) but you do it with your fingers. Try doing that on a RED.

3.  YOU ALWAYS HAVE IT WITH YOU

How many times have you been standing in your trailer park when suddenly a tornado comes tearing across the landscape destroying everything in its path? You think, 'now this would make a great video', but unfortunately, your video camera is in the trailer, (which is now making its way to the Iowa State Line, by air). Too bad! But you always have your phone. Probably you were just playing Words With Friends when the tornado struck. OK, you don't see tornados every day, but you certainly see stuff that you might like to video - except you don't walk around every day with a video camera in your pocket - unless, of course, it's a phone - which it is.

Got a RED? Great! Want to share your video with the world? Got your own TV network? (Well, if you can afford a RED, maybe you do - but most likely you don't). You can hit the share button on your RED all day long and it won't do you any good (because the RED doesn't have a SHARE button - and neither does any other professional video camera) - but your phone does. At the click of a button (and isn't that an archaic term now), you can post your just shot, just edited video on Facebook, YouTube, Twitter, Instagram and anyplace else you like. So simple!

OK, go out into Times Square (or a refugee camp in Cambodia), and try shoving your RED into someone's face. They are gonna tense up right away. It's a BIG camera, it's scary. And it makes people wary.  What are you up to.  (Want to get arrested fast - take your RED to Ukraine and see what happens. Don't call me, I can't help). But go anywhere in the world with your phone and everyone knows what a phone is. They are delighted not just to be on camera but to help!  If you want access and intimacy with your video, shoot with a phone.