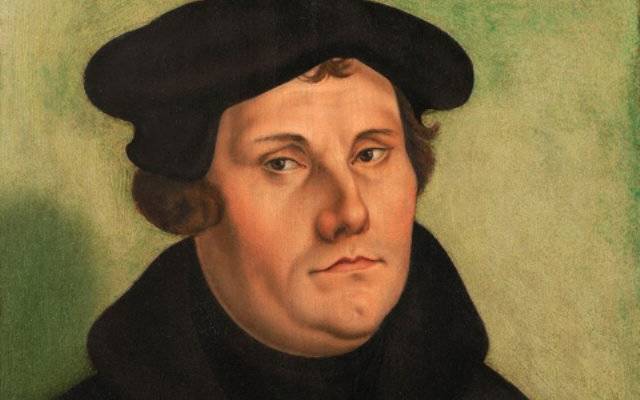 2017 marks the 500th anniversary of one of the seminal moments in media history.

On October 31st, 1517, Martin Luther, an Augustinian monk, posted his famous 95 Theses on the door of the Cathedral at Wittenberg, in Germany, protesting, among other things, the selling of indulgences by the Catholic Church.

Luther was not alone in his questioning of Church doctrine.  However, he was alone in shattering the Mother Church and in setting off the Protestant Reformation, a movement whose repercussions we feel to this day.  He, perhaps more than anyone else, was responsible for initiating the move to the world as we know it today.

What separated Luther from the past was not so much his ideas, per se, but his use of an entirely new technology to spread his ideas - the printing press.

Prior to Gutenberg's invention in 1452, every document had to be laboriously hand written, and if there were to be copies, hand copied. It was expensive and it severely restricted who could publish and also who could read what had been published.

In 1517, the Printing Press was more or less, (for that time), the Internet and the iPhone of the 16th Century.  It was a tool that suddenly made it possible for anyone with an idea to publish and share that idea with the world.

Luther was a man with an idea.

So, in addition to posting his 95 Theses on the door of the Cathedral, he also printed and published - and, by happenstance, turned Wittenberg into the publishing capital of Europe.

It set off a massive intellectual and theological,(and ulimately financial if you are to believe Max Weber, who wrote The Protestant Ethic and the Spirit of Capitalism) revolution.

Today, the combination of the iPhone and the Internet grants everyone and anyone the power to 'publish' in video, our most powerful medium.

500 years later, the iPhone is our 21st Century printing press.

We should have some kind of celebration of the anniversary.

But where is our Luther?