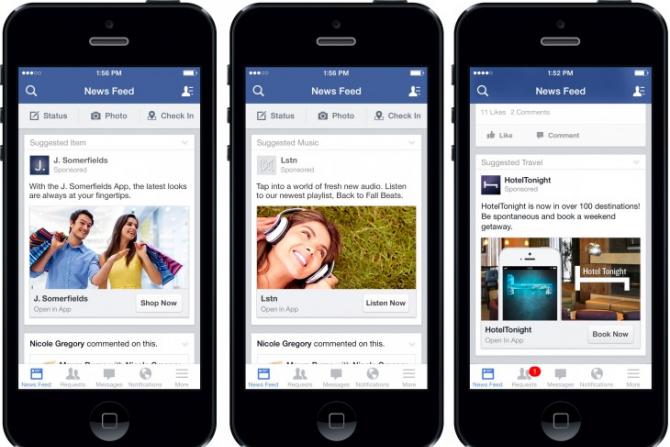 A vast majority of videos posted onto Facebook are watched without sound -- 85% to be more percise.

It's almost impossible to go onto Facebook and not instantly be served a multiplicity of videos from around the internet.  Videos posted or shared from your friends, sponsored content, news stories; video is ubiquidous on the web.  While it's not surprising that this video is consumed on a large scale on Facebook, it is a little surprising to learn that most of it is consumed in silence (from the video that is). While much of this is due to the way that videos are served on your Facebook Newsfeed, it has begun to change the way videos are produced for the medium.

Facebook has made video very accessable on its site -- they recognize that video is the lingua franca of the internet and have gone to great lengths to make sure you see a lot of it on their site and its easy to view.

Most of the video consumed on Facebook is done from the newsfeed, and when a video is on your newsfeed it is prompted to begin when your stop your scrolling near the video.  No longer do you have to click play, or even a link, the video just starts.  In an effort to not be too distracting (ironic coming from Facebook) the site autoplays videos with the sound muted.  The thought process is they will show you the video, but if you really want to watch it you have to click the unmute button to get the sound. According to a new study, though, it appears that most people never hit unmute and watch in silence all the same.

While this may seem like a statistic that just shows how lazy people are to avoid clicking, it also shows how content adapts to new platforms and conditions.  Many videos of all kinds, cooking, journalism, cat videos, have begun to adapt to this silenced viewing experience, relying on text to do what the audio would have.

Mute or unmute, video is king.

As much as 85 percent of video views happen with the sound off, according to multiple publishers. Take, for instance, feel-good site LittleThings, which is averaging 150 million monthly views on Facebook so far this year. Eighty-five percent of its viewership is occurring without users turning the sound on. Similarly, millennial news site Mic, which is also averaging 150 million monthly Facebook views, said 85 percent of its 30-second views are without sound. PopSugar said its silent video views range between 50 and 80 percent.

The news shouldn’t come as much of a surprise, as Facebook has built a video ecosystem that does not require users to turn the volume up — and publishers have been more than happy to play ball. Most users’ news feeds are now inundated with short videos that feature text or captions narrating what’s being shown on screen. While most of these videos feature narration or some form of background music, the intent is to make it easy for people to consume the information presented in the videos without needing to turn the sound on.

“From day one, there pretty much has been the psychology that you have to catch their attention immediately,” said Gretchen Tibbits, chief operating officer for LittleThings. Facebook counts a view at three seconds, which means publishers have to find ways to convince users to stick around in order to capture that view. “But while the first three seconds are critical, the video also has to be designed to capture attention without needing sound,” said Tibbits.

Tailoring content to the whims of the Facebook news feed has helped publishers scale on the platform. It’s also turned news feeds stale as publishers put up countless videos that have the same look and feel. Take, for instance, this NowThis video about a Tylenol ingredient that makes people less empathetic and this Tech Insider video about a futuristic bike. While they focus on completely different topics, the key ingredients are the same: a striking visual or message up front followed by a text-heavy explanation of the content.