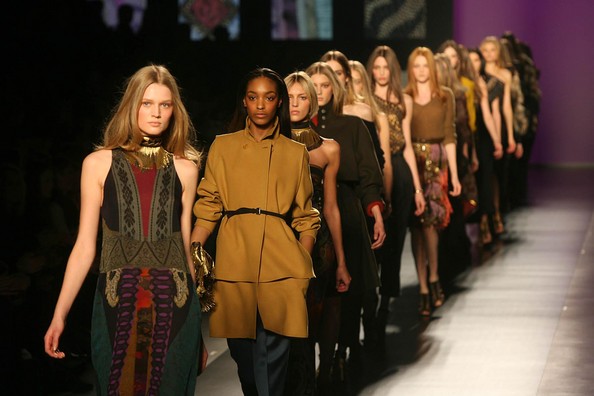 A Clothing Store Launches Its Own TV Network

Up until now, the worlds of entertainment (TV) and retail sales have been two circles that crossed only briefly - when retail bought ads on cable networks.

Essentially, what happened was any store leased a few 30 second slices from a TV show so that they could 'produce' (effectively) their own little show about their own product to sell it to the trapped viewer.

This was called advertising.

Thus, Nike might pay a fortune to effectively sub-let a 30-second swath from ESPN and then put on their own small 30-second program to sell sneakers.

It made sense in a world in which you needed a cable channel or an FCC broadcast license to get into people's homes, and Nike did not have a network. NBC and ESPN did.

An article in The New York Times' Style section this Thursday got me to thinking about this.

The article is about a company called Matchesfashion.com which I had never heard of (but Lisa knows these things).  They are an online fashion website that sells high end brands like Gucci or Oscar de la Renta or Louis Vuitton.

But now they have opened a 'bricks and mortar store' in London.

So far, so good. The Return of Bricks and Morter - hence the Times' headline.

Buried far down in the story is the graph that gave me pause:

"The space will have two floors of retail as well as floors for private shopping, but equally important will be the floor that is to house the company’s broadcasting and content hub. Classes, panel discussions and events will be held there, all of which will be streamed on Facebook Live and YouTube, its social channels and its website. And all of it will be digitally shoppable."

A retail store is going to launch its own 'TV network'.

But more than a TV network, it is going to be a social network, a home shopping channel, a click and buy site, and all of it driven by video.

Because a) video and TV are no longer so expensive nor so complicated to produce and b) because the Internet now allows anyone to 'broadcast' online (just like Netflix), the store is able to create their own 'shows' and bypass the cable channels and the networks and go directly to the buyer at home

On top of that (as if that were not enough), the retailer is now able to embed click and buy buttons directly on the 'shows' and video that it produces.

In the olden days, the idea of a commercial was to convince the viewer to get up off the couch, get in the car, drive to the store and buy the sneakers.

That, clearly, was a tough sell.

In this new world, the only thing the buyer has to do is click on the screen.

And what Matchfashion.com can do... so can anyone else.

And i am sure they will.

You just have to make sure the video is great.

(That is our department).