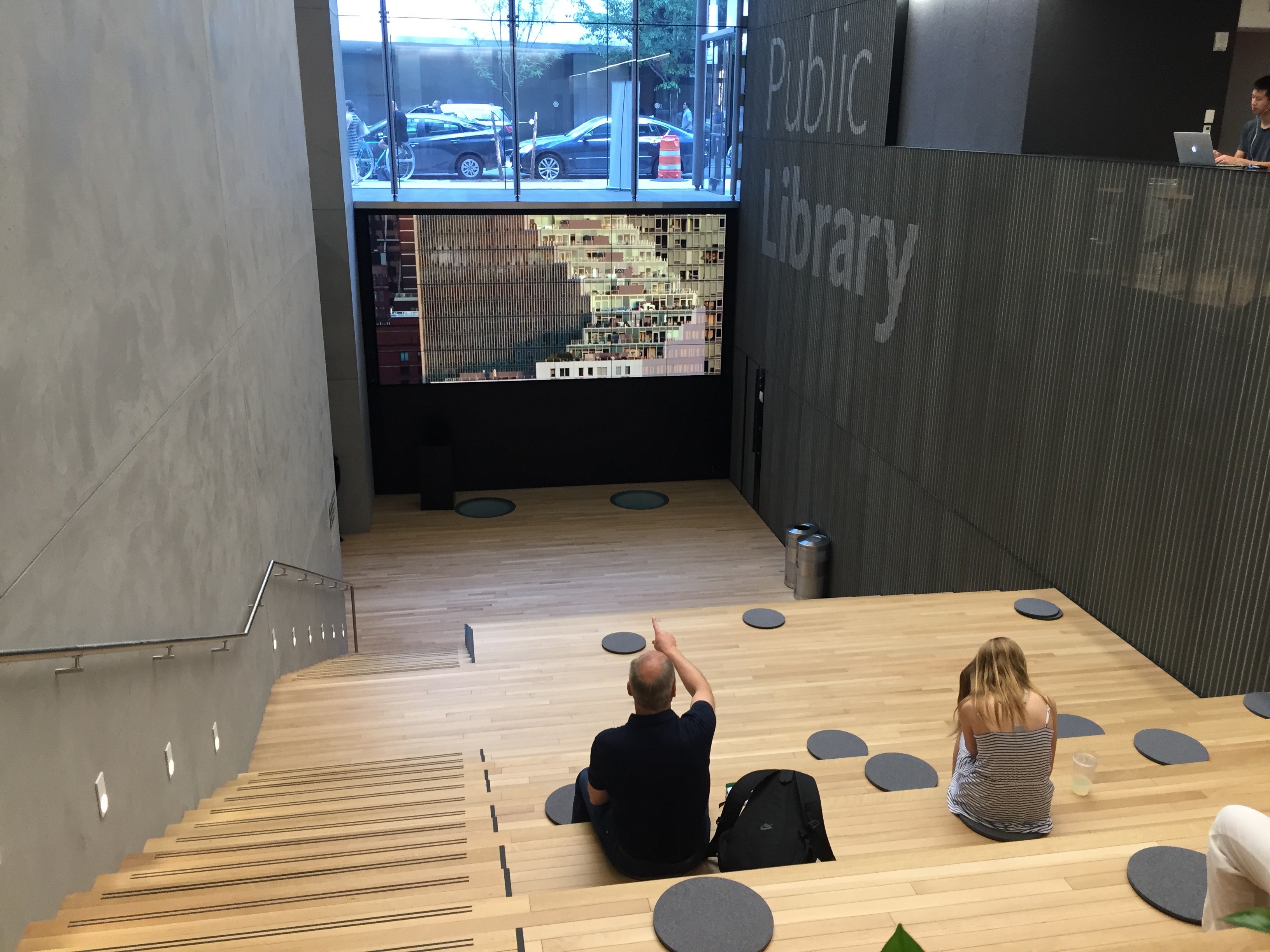 A Library Without Books

Three years ago, I wrote a piece in the Huffington Post entitled "What Is a Library?"

It engendered a wave of hate mail from librarians all across the country.

The basis of the piece was that a New York City library that used to be across the street from me on 53rd Street was being closed down so that the new Baccarat Hotel could be built on its spot.

I opined then that in the world of the Internet, libraries were probabaly a remanant of the past. After all, I wrote, with the web everyone has access to everything all the time. Who needs a library?

What had been the Donnell Library with its vast collection of books and reading rooms was torn down. The new Baccarat Hotel (and condominium complex) went up in its place.

But part of the deal with Baccarat had been that they would have to leave room in the hotel for a new library.

It is a library unlike any library I have ever seen or visited before.  The old Donnell library was shelf after shelf, row after row, floor after floor of books.

The new library has almost no books at all. A few shelves at best, and they are very spread out. What it does have is a giant video screen.

While we may talk about The Library of Alexandria, what really kicked off libraries was the invention of the printing press in 1452.

Prior to Gutenberg, hardly anyone had a library, and a good one might contain no more than 100 hand written tomes.  The printing press kicked off not just a revoution in print, it also kicked off a revolution in libraries.  Library collections went from miniscule to 15,000 - 20,000 volumes. By 1550 more than 150 million copies of some 150,000 titles had been printed.

When I was a student at Williams in the 1970s, we all had assigned seats (carrels) in the stacks (where the books were kept) in the library. We were quite literally buried in the thousands and thousands of volumes that stretched from wall to wall, floor to ceiling, floor after floor after floor.

Yesterday, the only thing that stretched from floor to ceiling in the new 53rd Street Library was the video screen.

The biggest single collection of 'books' (and I use the term loosely), was not history or art of science or travel, it was DVDs. For better or worse, we are now in an era of video.

Video is our lingua franca.

It is the way we communicate with one another.

As the printing press fill librariies with printed materials 500 years ago, so now the Internet and the iPhone have stripped libraries of books and replaced them with... video  and screens.

It was, quite frankly, a startling thing to behold.

Whath happened to all the books that were once in the Donnelly Library?

I have no idea.

But the giant video screen in the new library speaks volumes.