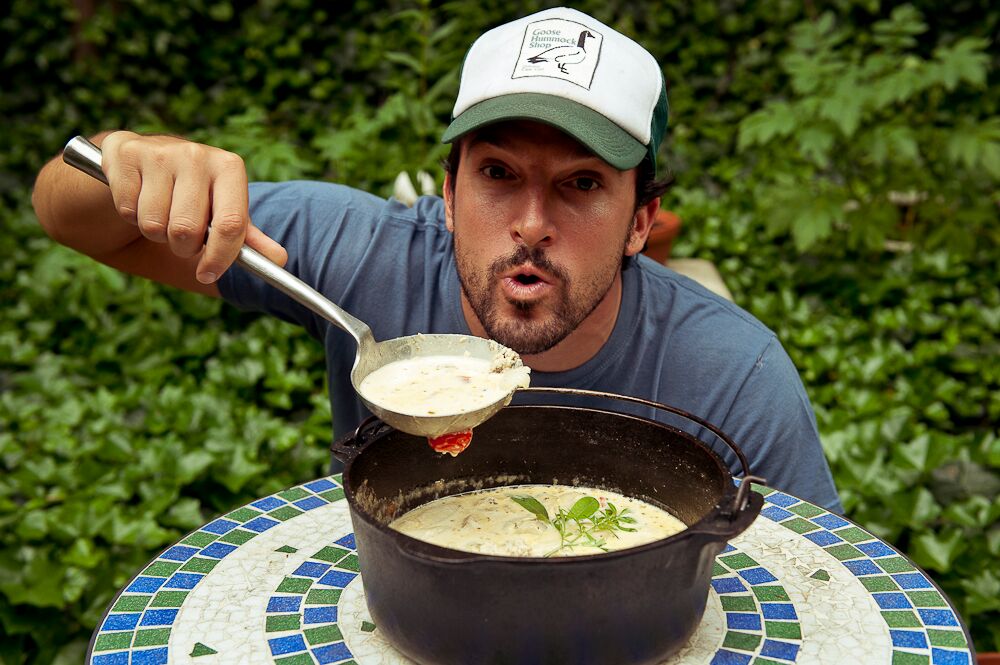 Maybe you recognize him as the star of Back Yard Goldmine on DIY Network.

Or maybe you recognize him as the star of Unique Sleeps on The Travel Channel.

Or maybe you saw him on Throwdown on The Food Network.

Maybe you saw him on Hook, Line and Sinker on The Food Network.

Ben Sargent has been around.

At the age of 40, he has starred in a bunch of Reality TV Shows.

The problem is, as the star, he never made any money.

That was for the production company.

But last week, Ben was here at our 4-Day intensive video bootcamp, a man with a mission. He has grown tired of being the 'star' of the show, but not making any of the real money that goes with it. After all, networks can pay as much as $250,000 per half-hour for those shows (and they buy them in blocks of 13). That's a LOT of money. But that money goes to the production company, not to Ben.

Now, in the 'olden days' there was a reason (more or less) for that. Producing a cable show cost a lot of money, and required a substantial capital investment. You needed cameras and editing rooms, and sound record studios and producers and editors and associate producers and researchers and, oh yeah, an office and a receptionist.

The guy who actually 'made' the show was, well, a line item in a budget.

(And let's not forget the Production Manager and the accountants).

But hey, why shouldn't Ben get a piece of the action?

Ben is a chef. He is the world champion clam chowder king. Just ask Bobby Flay. A few years ago, Ben got the idea to start selling lobster rolls from his apartment in Williamsburg, Brooklyn.

He began by bringing lobsters into his apartment and cooking them in his kitchen. There was no restaurant. There was no advertising. There were no signs. But word got around.

Well, the Department of Health got word of it, and so did the local papers and local TV news. They called him Doctor Klaw.

When the cops came, the fire department shut down the entire block.

Now tell me, this is not a TV show?

And who needs producers and a production company?

All Ben needed as a bit of knowledge of how to shoot and cut and how to pitch his show ideas - all of which we gave him.

This, to me, is the future.

Ben has bought two houseboats and he is using them as AirBNBs.

I think there's a show in that.. or in a few of the other ideas that Ben has.

Now, he knows how to do it.

(And I am always happy to help)