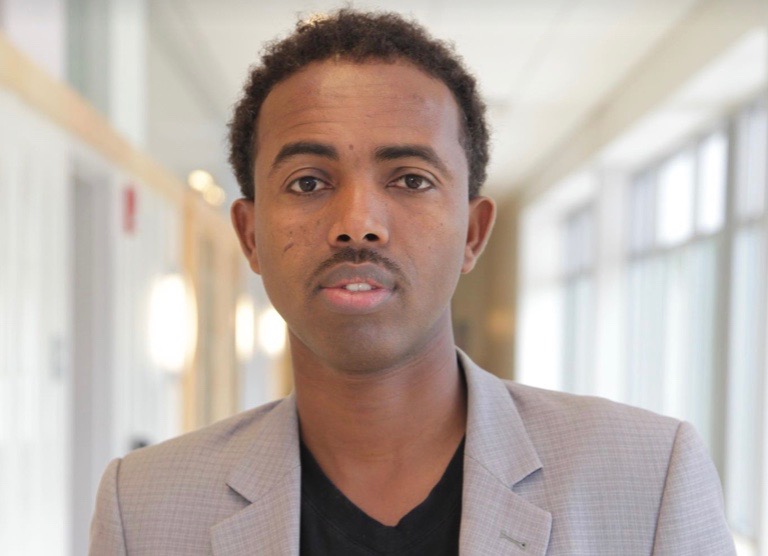 A Somalian Refugee Returns To His Country to Open a School - we offer video literacy.

A few days ago, I got an email from a young man named Boyah Farah.

He sent me an essay he had written in 2017 about President Trump. I am not sure how he found me, but as soon as I opened the link, I knew this was somethnig I had to read.

Boyah J. Farah is a refugee turned writer from Somalia whose works of nonfiction have been featured in The Guardian, Harvard Transition, Scheer Intelligence at KCRW, Grub Daily and Truthdig. A Judy Layzer Fellow, he participates in the Memoir Incubator at GrubStreet Creative Writing School in Boston. He is a team member of Open Learning Exchange.

He has a rather remarkable personal story to tell about surviving as a refugee form the violence in Somalia and arriving in the United States.

"I am black. I am a Muslim. I am a war survivor and I am a refugee turned writer from Somalia who now lives in the U.S. Like you, I am a two-legged human creature. America is not a distant hope for me or, for the refugees across the United States, but it is a warm and peaceful home. Life has taught me that it is easy to destroy a nation, but it is very hard to build it up."

I very much urge you to read the entire essay.  It is a very moving piece of literature.

Of coures, I wrote back to Boyah, and was both astonished and delighted to hear that he had returned to Somalia to open a school there.

This is just the kind of endeavour that needs as much support as it can get.  I asked him if he had ever considered taking his rather considerable talents as a journalist, teacher and storyteller to video. He said he had not.

I asked him what kind of phone he had, and he said he had an iPhone8

I said I would teach him to work in video as well as he works in print.

He was all for it.

So he is our latest member of TheVJ.

Video is an incredibly powerful tool for communicating ideas, particualry from a place like Somalia - a place that most Americans know little about,

He also has a rather remarkble pesonal story, and I think he is but at the beginning of an extremely productive and highly contributory life.

I think we can help him a bit.

I will keep you posted as we progress, but I think if we can marry his already rather remarakble writing and storyteling skills to video, along with the deep needs of Somalia, I think we may be able to accomplish something worthwhile.