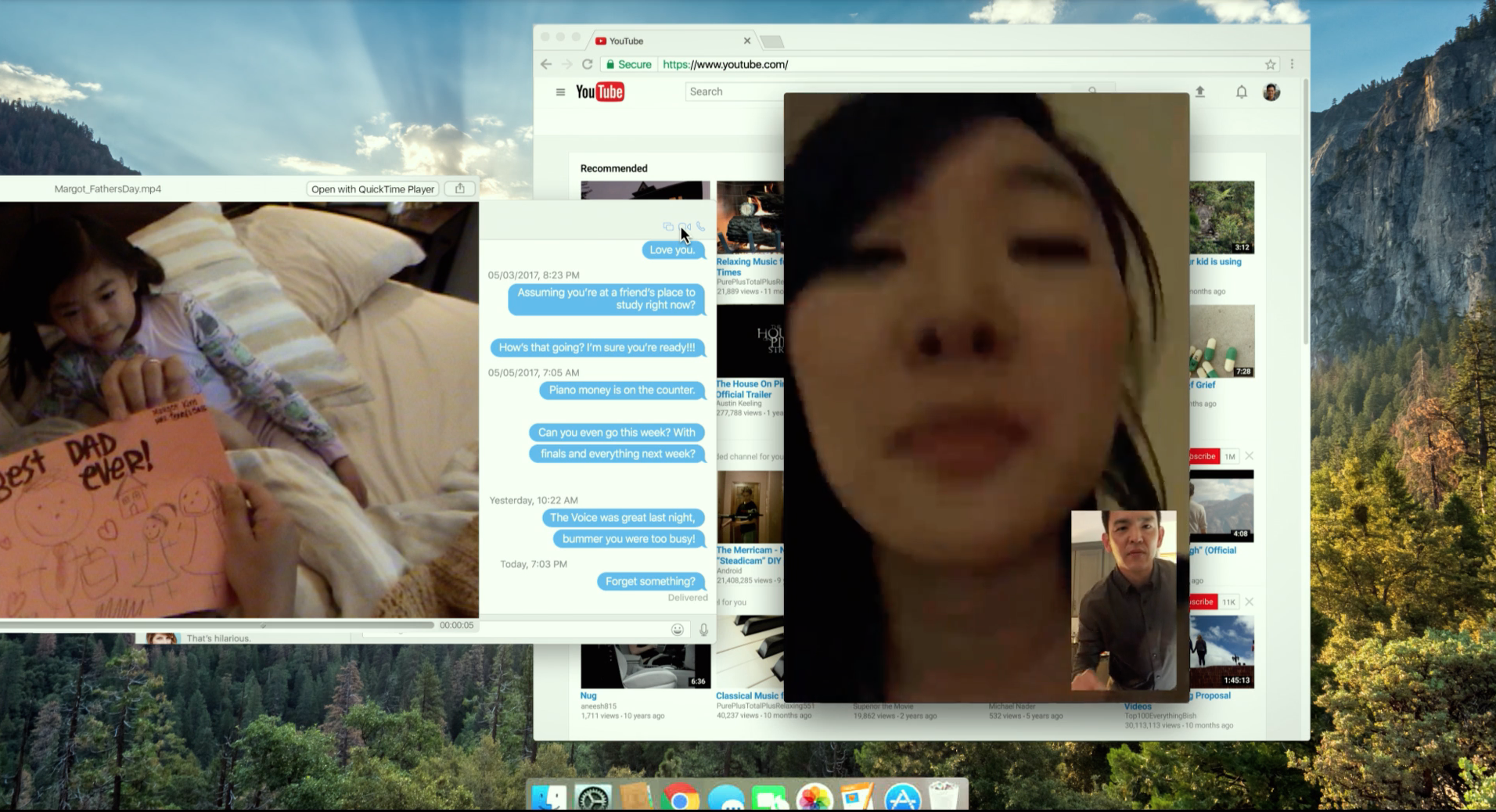 A new way to tell a story visually

A Very Different Kind of Storytelling

It is the dream of very independent filmmaker to show their film at a place like Sundance, and walk away with a deal with a major studio.

That is exactly what happened to director Aneesh Chaganty with his indy film Search. Sony Pictures paid $5 million for the distribution rights.

The thriller stars John Cho and Debra Messing, but what makes it interesting and rather new is that Chaganty turns both computer screens and phone screens into major storytelling devices.

The film, which won the Alfred P. Sloan Film Prize and premiered yesterday in the NEXT section at the Ray at 6:30 PM, focuses on the relationship between a father and his high school freshman daughter. After parenting mainly through iMessages and quick FaceTime chats, David is initially more annoyed than concerned when a series of his texts go unreturned, but he soon realizes Margot has gone missing. As a detective searches for clues on the ground, a desperate David goes a different route, cracking open the laptop she left behind as he tries to locate clues to find her before it is too late.

As visual storytellers, I am posting the trailer. Longtime friend and professional cinematographer John DuMontelle turned me on to this one.  It is a new and novel way of telling a story using multiple familiar platforms.