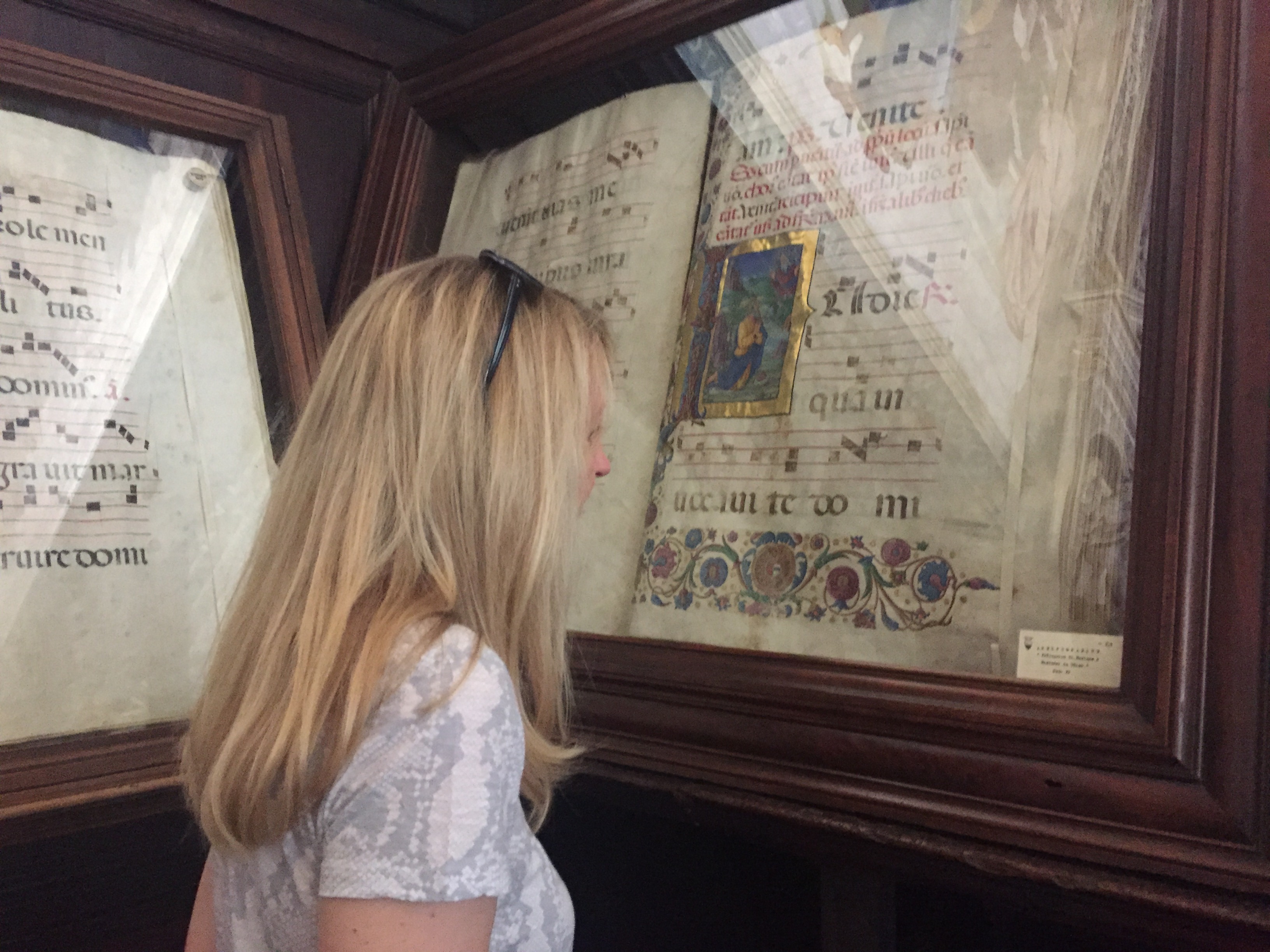 Today we visited the Duomo Cathedral in Siena, Italy.

We have been to Siena many times, (site of the famous running of the Palio), but ironically have never visited the Cathedral.

Siena is ancient. Archaeologists say it was first founded as an Etruscan town as early as 900 BC.  It is most famous as the site for the running of the Palio, the yearly horserace that takes place in the city's center, the Piazza del Campo - which is where all the tourist naturally head.

This time, however, we visited the Cathedral, completed in 1380.

It is a stunning piece of architecture, but the outside, amazing though it is, pales in comparison to the inside, which is absolutely breath-taking. One can only imagine the impression that this building made on a medieval peasant who might have never been exposed to anything in the way of arts or graphics or printed material (as he printing press as a way off in 1452). It must have been like seeing Star Wars x10000. Visually overwhelming.

Needless to say, we were immediately drawn to the displays of the pages of the hand -written bibles, the graphic pre-cursor to the Gutenberg Revolution that changed everything.

What occurred to me, particularly looking at the bible pages on display, was that the Protestant Reformation, which was largely driven by the printing press, was also a kind of parallel to the VJ Revolution, driven by the iPhone.

Not to press the point too far (but I think it is a valid comparison), in the Protestant Reformation, the relationship between Christian and God became direct - that is, you no longer required the intercession of a priest, nor of the Catholic Church.  Max Weber makes much of this in his seminal work, The Protestant Ethic and the Spirit of Capitalism.

Ironically, Martin Luther, far from being a radical, was actually calling for a return to what he saw as a purer kind of Christianity.

Up until now, if you wanted to be a television journalist, or a journalist working in video, you had no choice but to work with a major network like CNN or NBC or CBS.  Let us think of them as the Cathoic Church of Media.  Big and powerful.

The advent of the iPhone suddenly unleashed video from the need to have a network as your intermediary between you and the public.  Now, for the first time, you could go directly to the viewers.

You see the analogy?

I agree, it is a bit of a stretch, but a visit to the Duomo can be inspirational.