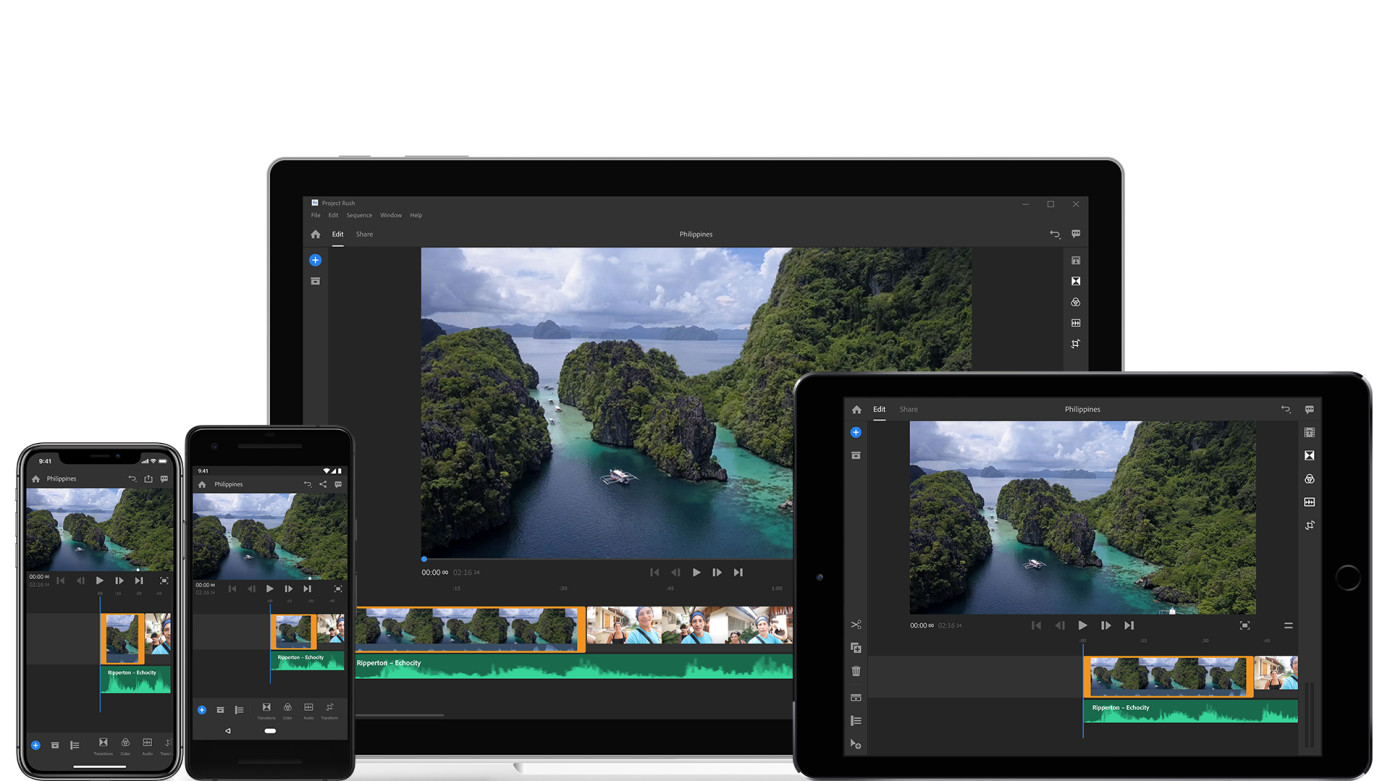 Adobe has released a new much-anticipated editing app for smartphones called Rush CC. The new app is basically a mobile version of Adobe's Premiere Pro CC. Think of it as the iMovie for iOS to Final Cut (or iMovie). Obviously, the app doesn't have as many features as it's desktop counterpart, but for editing videos in a hurry and on the go, it is a pretty good option. We downloaded the app and made a project with it and here's what we thought.

First off the app is part of Adobe's Creative Cloud so it will backup projects in your CC account and also should let you import the project into other Adobe software as well as the desktop version of the app.

Next is the app's interface. The app looks and feels less like Premiere Pro and more similar to other smartphone editing apps, with a drag and drop interface, combined video and audio defaults for clips, and in the way that you use it. It also doesn't utilize the same track system as Premiere Pro and rather bundles audio and video onto a single track. If you have used iMovie for iOS, KineMaster, or LumaFusion then the interface will seem very familiar.

Much like the other smartphone apps, you select media from your device's camera roll (or you can shoot video or photos directly in the app) and place them on the timeline and then perform edits to them. Rush CC has an array of editing features including the basics like trimming, splitting, duplicating and deleting clips all with a single tap of an icon. The app also has advanced transform and cropping tools (much more than the usual drag and drop on other apps, which can give you more precise control) advanced audio settings, color presets as well as manual color control, four transitions to choose from (including no transition or just a cut), and an amazing title tool. The title tool is what separates this app the most from the others. First off, there is a huge collection of preset title templates to choose from, and then within that even more options including font, color, and much more.

While Rush CC doesn't have the exact track system that defines Premiere Pro CC, it does allow for you to have four video/audio tracks (where the video and audio are combined like they are in Final Cut) and three independent audio tracks, which can allow for you to make some pretty advanced edits.

Another cool feature that isn't on the other software is one tap aspect ration settings that can help you edit a video in standard horizontal, vertical, and square aspect ratios.

All in all, if you are going to get Rush then it would really only make sense with a subscription so you can export as much as you want, but if you don't want to pay then this may not be the app for you when you can get a lot of the same features for just a one-time payment. That being said, there are some features on here which are much better than Rush's counterparts, but soon enough you'll probably see the other apps follow suit.