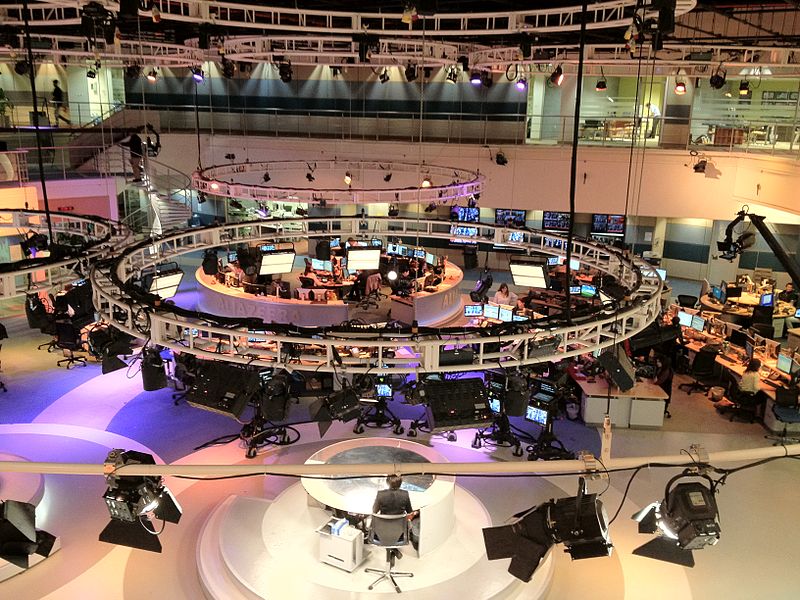 He filed suit last Thursday in Manhattan Federal District Court, claiming, among other things, that he was racially discriminated against.

Charges of discrimination aside, the losses at the network are just eye watering, but they say alot about the cost of trying to start up and run a global news business - it's almost impossible.

There's an inherent irony in all of this - or a lot of it at any rate.  Thanks to the Internet, we live in a world that is flooded with 'news' pretty much 24 hours a day.  The combination of highly dependable and powerful smart phones in 6 billion hands, plus a web that allows anyone to publish anything they want to the world for free has completely overturned the old coventional model of a 'newsroom' or even a TV news operation.

Al Jazzera (who I talked to about working with, but was never able to close  a deal) was built on a very old model of how television news content should be gathered and processed and delivered - ie, big studios, big cameras, big budgets (very big, apparently).

This is OLD techn - a model designed and implemented when making and delivering news done in video was complex and expensive. It is neither of these.

The web is filled (to say the least) with reams of video (if that is not an oxymoron - or maybe there is another term for that).. at any rate, the web is flooded daily with video produce for free by hundreds of millions of people (if not billions).  500 hours of video uploaded to Youtube every minute!

Look, news is a hard business to begin with.  Unlike entertainment TV, the stuff can't be repeated. And a 24 hour news channel eats material endlessly - and you can't turn it off!

I was not privy to the internal workings of Al Jaz, only from the outside and as a viewer, but I can tell you from that that they made television the old fashioned way - EXPENSIVE!

I am not getting into the editorial end here - and I think they did a pretty good job, overall (not that the compteition for quality journalism on TV is so intense to begin with).  However, where they really fell down is on the cost of manufacturing the product.

At the end of the day, making TV is a business, and it is a manufacturing business.

The tech today could have allowed them to cut the costs of making the product - really deeply (who knew how bad it really was???) But they did not want to do that or could not bring themselves to think in a different way.

That's to bad, because a lot of good people lost their jobs and another voice of journalism - like what they had to say or not -was lost.

Here's a really good rule of thumb: If there is no revenue there is no journalism. The business has to come first - then the journalism is free to follow.