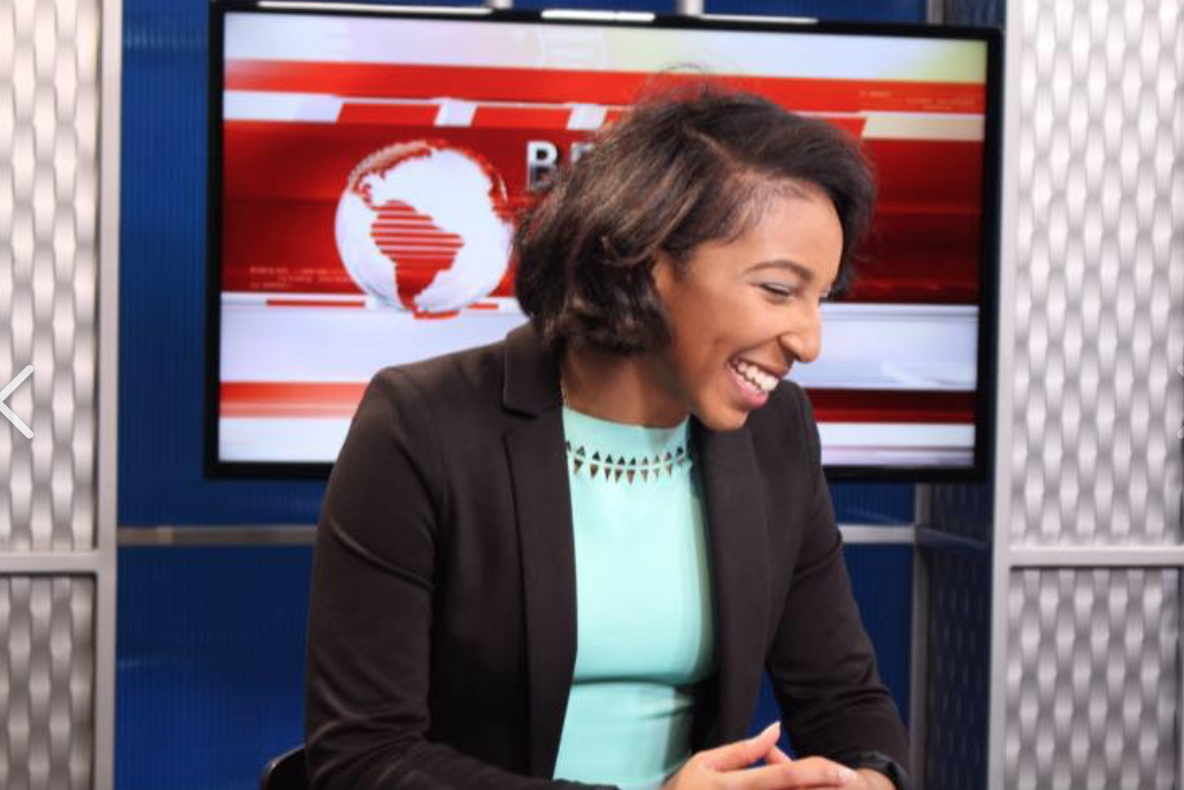 Jamilah Muhammad is an MMJ at Spectrum1 in the Bolwing Green offices for Spectrum1, Ohio.

We met Jamilah at one of our intensive MMJ bootcamps a few months ago.

We have trained a wide spectrum of journalists in these bootcamps, from people with 40 years of professional experience to complete novices like Jamilah.

We always start the sessions by saying "we need you to forget everything you kow or you think you know".  The reason for that is that the traditional mechanical process for shooting and producing TV news stories was not cast in stone and delivered by God. The process was a product of the technology that existed in the 1960s when TV news started.

The problem is that as the technology improved, the process remained pretty much the same.

What we did, and we continue to do, is we took a look at the technology (iPhones for example) and what they could do, and proceeded to reverse engineer the production process starting with the tech - instead of bolting new tech onto old ways of working.

The result is a different kind of video production.

In each bootcamp, MMJ participants make 2 stories under our watchful eye, and following all of our new rules.

When Jamila took the bootcamp 4 months ago, she had never touched a video camera or a phone before - except to do her own Instagram.

This was the second video story she had ever done in her life. But she just followed all the rules - our rules. And they clearly work.

Now, Jamilah is a full time MMJ for Spectrum1, Ohio.

She reports every day - on her own

Just her and her iPhone

Here's a story she did last week.

(There's the advantage of shooting 3:1)

Note the intimacy. Note the characters. Note that our reporters don't appear on camera. The story is about the characters, not the story.

Pretty good for a first job