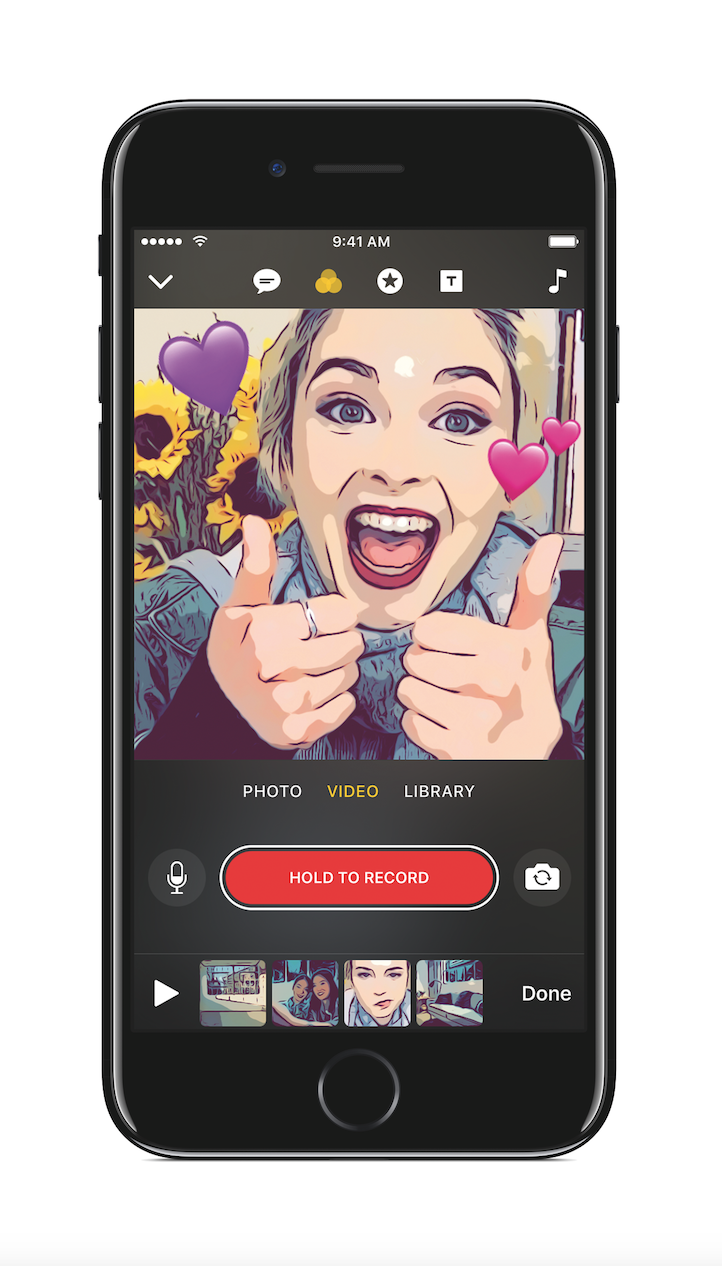 Time Magazine reports that Apple has announced a new video editing app to be released on the App Store in April. Apple already has two editing programs under its belt, Final Cut Pro (a professional program) and iMovie (a simpler version of Final Cut for average consumers, but now it is looking to offer something even simpler.

The app is to be simply called Clips and is very much a response to short social videos popular on platforms like Snapchat and Facebook. The app will allow users to record or select video from the camera, add filters and text, trim, and share.

Lisa Eadicicco of Time got to play around with the app, here's what she had to say:

During my brief time using Clips, I found the controls to be natural and basic. Dropping a frame from my video, for instance, was as simple as putting my finger on the clip and flinging it off screen. Every button you need is clearly visible at all times; there's no need to dig through menus or navigate to a different screen to complete actions like adding a filter or turning off sound for specific frames.

In some ways, Clips feels a lot like an enhanced version of the iPhone's stock camera app: the overall layout is very similar, with buttons for special features strewn across the top; different shooting options displayed underneath the camera viewer; and there's a shutter button in the middle.

The app generally seems like a useful video editor for iPhone and iPad owners, but it's unclear if it will appeal to the Snapchat crowd. Part of what makes Snapchat so interesting is both the variety of ever-changing stickers it offers based on location and the goofy lenses users can use to obscure their face. Not to mention Snapchat's temporary nature makes it feel more like a quick conversational exchange rather than a polished reel like Clips.

With that in mind, one could argue that Apple isn't trying to compete with Snapchat at all, although it's impossible to ignore the impact Evan Spiegel's app has had on photo and messaging apps. Although Apple is taking a different approach with Clips, it's still very much tailored toward using photos and videos to send messages, a concept that Snapchat pioneered.

Read the full article here and get more info from Apple here.