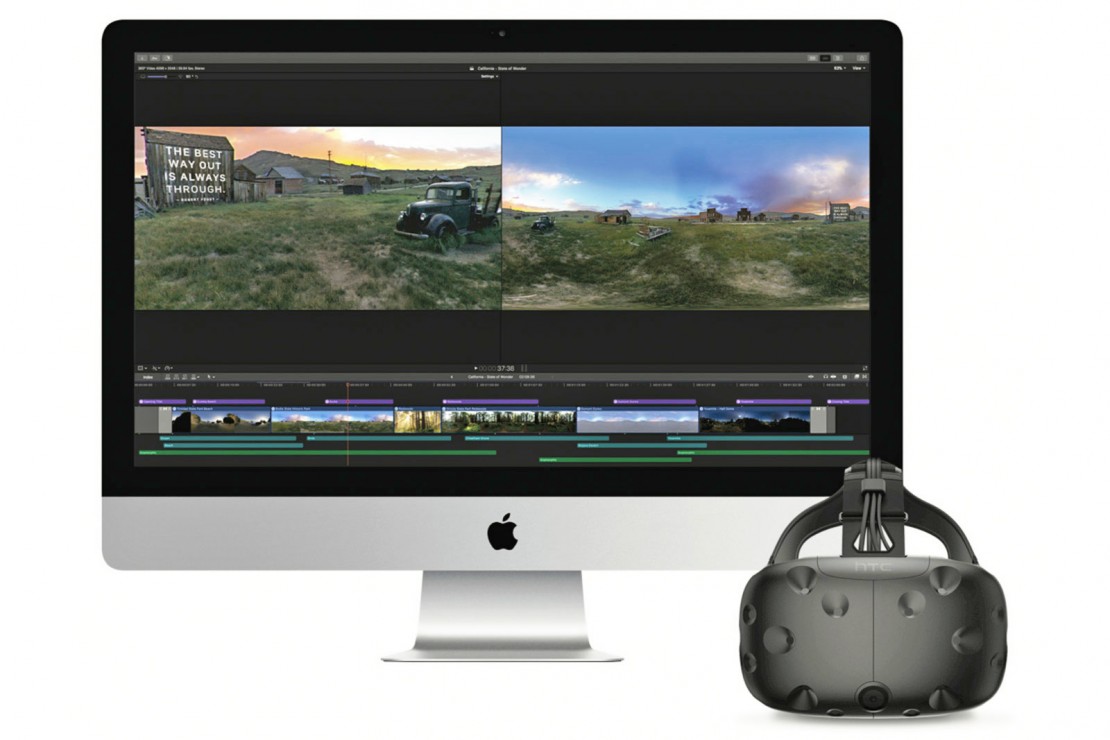 Apple has launched a new update for Final Cut Pro X for its new line of iMac Pro computers. The iMac Pro is the most powerful computer the company has produced, and it will allow video editors to do some amazing things with Final Cut, including new support for VR editing.

Virtual reality and 360 video have become the most recent frontier in video production. With new support from Facebook and YouTube, as well as cheaper and more accessible hardware utilizing smartphones, VR and 360 video have become not only a hot trend, but an exciting new space for innovation in video production. People are clamoring to get their hands on 360 cameras and start producing immersing content of their own. The most difficult part of producing VR video, aside from the storytelling challenges, is editing it. Apple wants you to use Final Cut to make that process easier.

The new version of Final Cut Pro X, version 10.4, allows you to edit 360 video natively in the program at 8K and beyond according to the press release. Not only can you easily edit the footage with the new update, but you can also connect certain VR devices to preview your edit before you export. The new update also includes support for other HDR formats and has other updated but it is the new VR feature that caught our eye. Paired with this update is an update to the Motion program, which you can use to seamlessly add graphics and text to your 360 videos.

Download the update, start editing, and let us know how your work turns out!