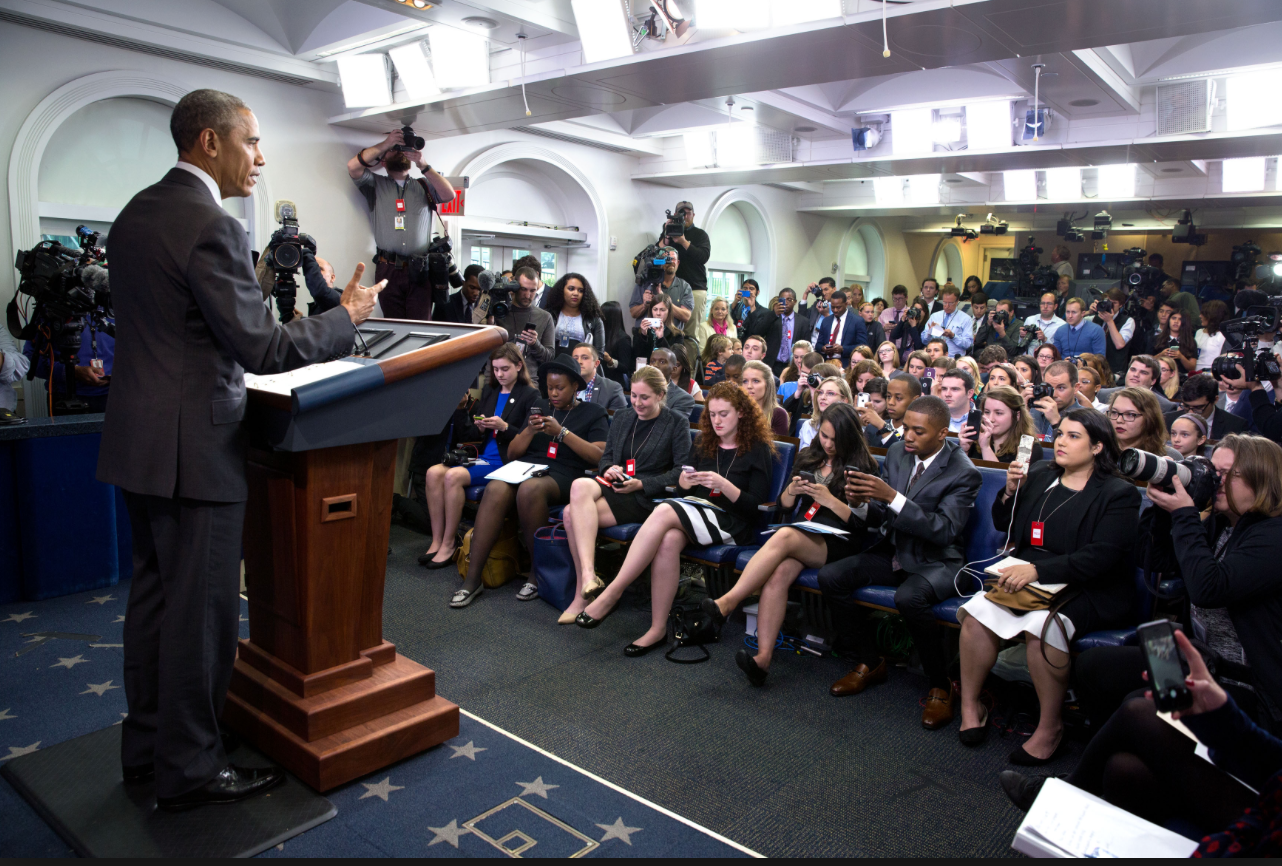 The White House Press Briefing - Where Are The Video Bloggers?

As Goes Print... So Goes Video

The advent of the Internet gave birth to a veritable explosion of online news websites.

(Politics aside), from The Drudge Report to Politico to The Huffington Post to Real Clear Politics to Politico.... well, the list just goes on an on. These sites, some of them only a few years old, have become powerful organs of both information and public discourse.  They are the embodyment of a truly free press.

Some of these websites have grown so influential that they have been granted White House Press Credentials.  Perhaps evocative of this incredibl transformation was Politico's outrage that The Gateway Pundit had recently been granted the same access to the WH press briefings as Politico had.

All of this is very healthy for a democracy. The more voices the better.  In the words (more or less) of Justice Louis Brandeis, the bst remedy for bad free press (in his case speech) is more free press.

This flowering of the print world (which has come while the old press, newspapers and magazines have withered), has been the direct consequence of the Internet. HL Mencken once famously said 'a free press belongs only to those who can afford one', and that was true, in 1961.

Today, because of the miracle of the web, anyone can publish whatever they want and distribute it free of cost to a potentail audience of 3 billion people.  (That's how I am doing this).

The printed word is powerful, but in our culture, video trumps (to use an interesting verb), print any day of the week.  The average American spends 5 hours a day watching TV, while only devoting a scant 19 minutes a day to reading.

Yet when we look upon the media landscape, we are hard pressed to find the video analogs of Politico or Drudge or Vox and their cohorts.

Where is the online compeititon to MSNBC or Fox or CBS or CNN?

It isn't there. And that is neither healthy nor reasonable.

I think there is a lead time between the introduction of any new technology and it's ultimate application.   A free press really arrived in 1450 with the invention of the printing press. There was always an inherent 'feeling' that the press and our access to expressing our ideas in print is deeply woven in the fabric of Western socities.  Not so much with video.

Since its inception in the 1950s, television had always been the exclusive domain of a very few wealthy companies - they had both the gear and the FCC licenses.  We The People were not really allowed to 'make TV', the way we were allowed to make print.

That class distinction, that inherent anxiety still, I think, exists.  TV (or video) is for 'them' to make and for us to watch.

The technology, of course, is otherwise.

With little more than an iPhone, anyone can broadcast whatever they like.

The technology allows it and the existence of that technology makes it inevitable. It is only a matter of time before someone launches the video equivalent of Politico or Salon or a hundred others.

Pick up your phone. Opportunity is calling.