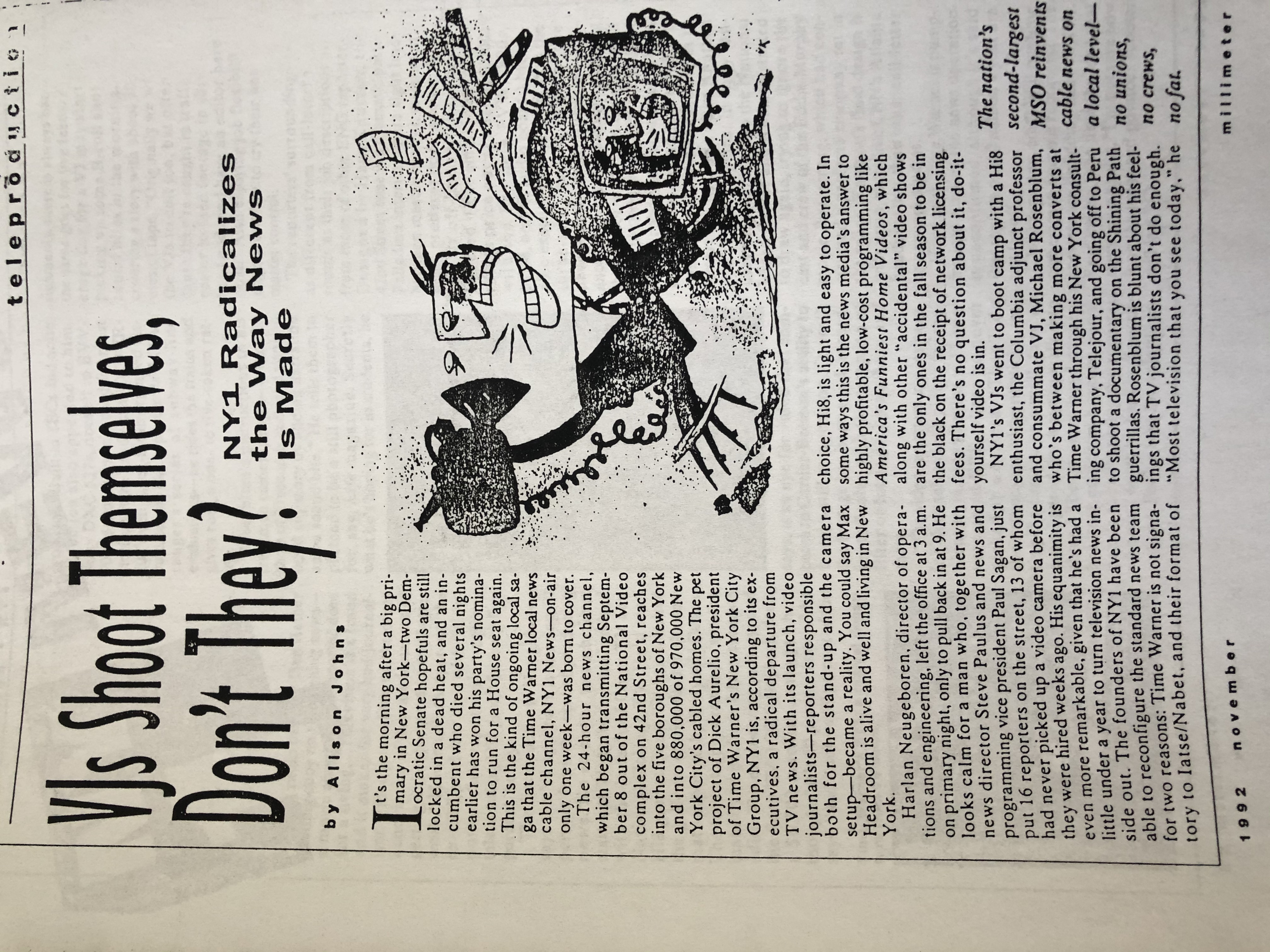 Back To The Future At NY1

In 1992, I was living in Stockholm, Sweden, building out the very first VJ (or MMJ) driven TV stations for a Swedish billionaire named Jan Stenbeck.

They would become TV3 Sweden, TV3 Norway and TV3 Denmark. The very first was TV Bergen, in Norway.

The idea, then rather radical, today far more common, was that the reporters would shoot their own stuff.  The birth of the MMJ.

The key to making it work was the bootcamps.  Journalists had to be taught an entirely new way to work.

Early in that year, (or maybe it was late 1991, who can remember?) I got a call from a guy named Paul Sagan.  He had heard about what I was doing in Sweden and wanted to meet with me in NY.  I was also lecturing at Columbia University so going to NY was no big deal.

I met with Sagan, Steve Paulus and Harlan Neugaborn over lunch. They said they were going to start a new 24-hour news channel in New York that was going to be called NY1 and they were intrigued with my idea for MMJs or VJs, as we called them then.

"How many VJs would you have? Sagan asked me.

"And how many crews?"

This was a VERY radiical idea

Thirty years later, I got a call from Spectrum News 1.

They were starting a 24-hour news channel in Los Angeles.

But this time, instead of Hi8 cameras, iPhones

Like Paul Sagan so long ago, Scott Warren and Cater Lee could also see the future and had the courage to act upon it. So we started to run bootcamps in LA for Spectrum News 1.

They were so successful that we ran bootcamps for all of the Spectrum News stations- WIsconsin, Kentucky, Missouri, Ohio, Texas, North Carolina and Upstate New York.

This month we started our series of bootcamps for NY1.

Thirty years later, I am back home, where it all started.

Of course, the technology has changed.

But the goal has not.

To create the best possible television journalism with the best TV journalists.

To marry their talent to what the technology is actually capable of doing.

I found these old newspaper clippings from 1992.