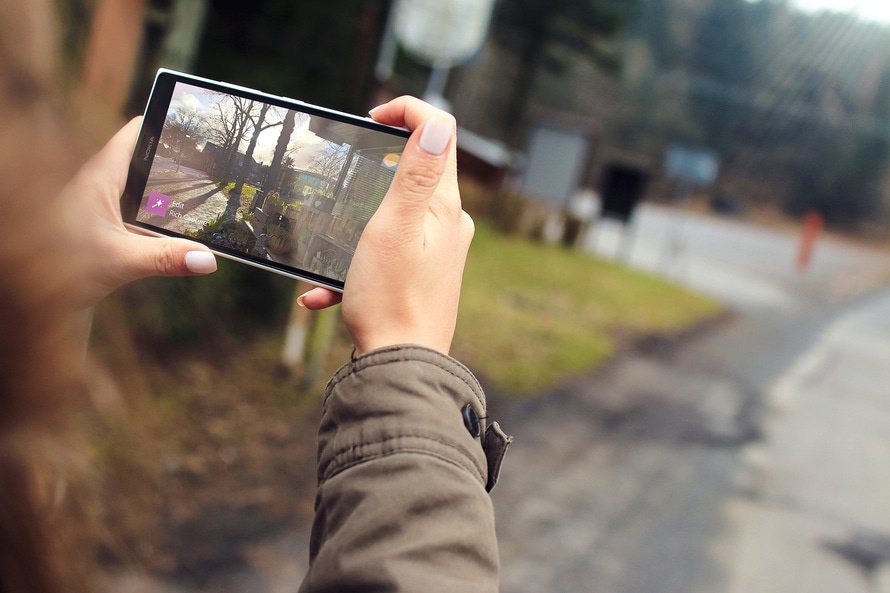 We talk a lot here about the power of the camera in your smartphone in your pocket.  Harness it correctly and you can create powerful video stories and publish them to the world.  This has empowered many to take on citizen journalism and use their power to tell stories and report.  These smartphones have also given rise to the "right place at the right time videos."  These are reports of a different breed, and they can prove to be very profitable.

When something newsworthy happens, the chances are that a news crew is not there to capture it, and in the world of video that we live in now, people want to see video of almost anything that is being reported.  This has led to many news organizations, local, national and international, to start buying "amateur" video from people who just happened to be there.  This has led to a rise in the the market for these kinds of videos, and companies that manage transactions and purchases between independent video producers and broadcasters.

While news organizations are interested in the "it bleeds and leads" type of video from "amateurs" (lets just keep calling them independent video producers), there is room for a market of videos that are not sensational illustrations of an event, but in depth storytelling and journalist that originates outside the newsroom.  If these independent video producers were essentially deputized by the newsroom to find stories that the limited crew and resources of the news organizations could not find or producer themselves, the scope of news, particularly local news, would be much larger.

Sam Judah for the BBC reports:

When tragedy strikes, it has become commonplace to see witnesses capturing the scene on their smartphones. But a growing number of people are licensing those clips, and turning a profit from gruesome or tragic events. Sam Judah has taken a closer look at the industry that makes it possible.

"Capitalising on a horrible situation, that's what tugged at my heart," says Kim O'Connor, about the moral dilemma she faced over whether to make money out of the phone camera footage which has become one of the most-viewed viral videos of this year.

In May she was visiting the Cincinnati Zoo with her family, when a three-year-old boy clambered over a fence, and fell into the gorilla enclosure occupied by Harambe, a 440lb silverback.

Kim, an IT manager from Michigan, tried to comfort the boy's mother, while also urging spectators to keep quiet so as not to antagonise the gorilla any further.

She also filmed the events that unfolded on her smartphone. Harambe grabbed the boy and dragged him away from the screaming crowds. The zookeepers shot and killed the gorilla. The boy escaped without serious injury.

A media frenzy ensued and ultimately Kim's video was seen by tens of millions of people around the world. A slew of news organisations sought Kim's permission to use the footage, many of them offering money for an exclusive deal. She signed a contract with one of them, a company called ViralHog. That agreement meant that Kim was no longer deluged with direct requests for the footage - ViralHog took on the job of fielding them. It also earned Kim "tens of thousands" of dollars, she says.

t's a striking example, but Kim is not alone - similar deals have been made on far more extreme videos. Earlier this year smartphone footage from the Dallas police shooting, in which five officers were killed, was licensed in a similar way, and a number of videos from the fatal Shoreham air crash crash, in which 11 people lost their lives in the UK last year, were soon being sold for a fee.

But how does the system work? How do you turn a viral news video into tens of thousands of dollars?

I paid a visit to Jukin Media, one of a new breed of agencies that exists to do just that.

"We are a media company that sources and represents viral content. We curate content. We provide viral clips to TV, advertising and digital publishing," explains David O'Hare, who heads up the US firm's London office.

The process is relatively simple. First, scour social media and the web for videos with viral potential, then try to strike a deal with the owner to "represent" the content. "Usually we'll come to a revenue split, usually 50/50," says David.

The money comes both from advertising that runs alongside the clips on social media platforms, and by selling the footage directly to news organisations who want to republish it on their own websites, or show it on TV.