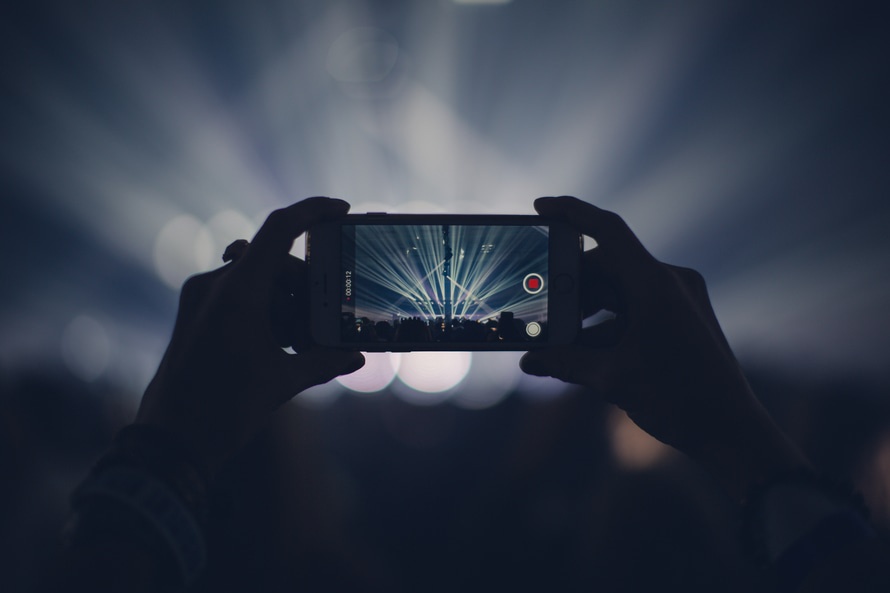 Dougal Shaw is a journalist with the BBC who works in video.  No stranger to using a phone to record video for broadcast, Shaw often uses his phone as a 'second unit' -- getting secondary shots on shoots or only using it to go where his other camera couldn't fit.  However, according to his diary, one day Shaw showed up to a shoot with his batteries drained for his primary camera.  At this moment Shaw explains that, "Rather than admit to this embarrassing fact, I casually switched to plan B: film with my phone instead." After being pleased with the result, Shaw decided to force himself to only use his phone to shoot for one month.

There is an inherent and misguided thought that a phone cannot or should not be used for professional purposes.  That for some reason, to be professional you needed to have a big camera.  Shaw shows us, and many others like him, that this is clearly not the case.  That you very much can rely on a kit built around your phone to make professional-quality video.  The phone is lightweight, can fit into many interesting places for interesting shots, and in many cases shoots in full HD.

Shaw recorded his thoughts and impressions throughout his month for a blog post for the BBC.  Here's a quick sample of how it started out for Shaw:

I’ve done quite a bit of filming on my mobile before. In fact the most successful news report I’ve ever done was all filmed on a phone. And I find it very handy for interviews, to spice up an otherwise dull shot. I’ve even mounted it above my normal camera to get a dual wide shot. Today's editing software makes it easy to synchronise audio. It means one man can easily do a two-camera shoot these days.

Previously I’d done occasional binges of mobile-only filming as a video journalist who works solo. Now it was time to follow a strict diet. I was due to go to Amsterdam to cover The Next Web conference, providing a perfect opening challenge.

The first benefit to mobile filming is that you travel light, which means you can shed pounds quickly – financially speaking. Rather than take a cab to Heathrow, I was able to jump on the underground with my rucksack, which also contained my overnight essentials. The second significant saving came at check-in. There was no need to pay around £30 for a bag in the hold, where my tripod would normally go. Finally, I sailed through security. Usually my large camera kit (a Canon C100) gets pulled up for inspection.