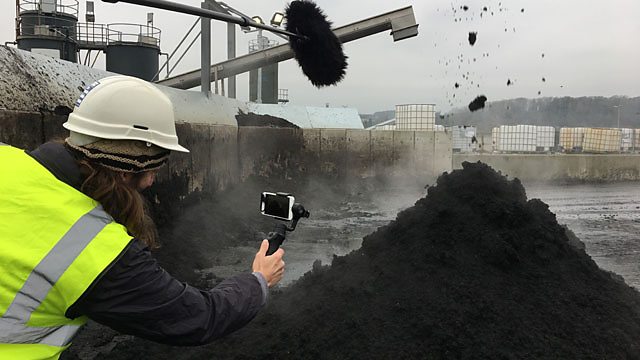 BBC producer Laura Mulholland wanted to do something different when she set out to make an hour long science special for BBC on modern life. What she decided to do was shoot the whole thing on a smartphone. The challenge, or so Mulholland thought, would be to capture the same quality associated with BBC programs, without using any of the fancy BBC equipment.

Mulholland wrote about the experience for BBC and while she admits there were some technical issues at the start for her and her camera operator, they were easily worked around. The team used an iPhone 7 plus, as it has the best camera, the DJI Osmo mobile (for stabilization), Olloclip lenses, the Filmic Pro app, a tripod and a light kit. They noticed there were some limitations, but that mainly it was because they were thinking in traditional broadcast terms. What they soon realized was the freedom the phone gave them to go for a different look and try new things.

It took some getting used to, and a few test shoots, but once shooting actually began, Mulholland says it went much better than expected. In fact, while the camera was technically working at the same level as the broadcast camera, they found that their mode of shooting brought many benefits to the workflow. Mainly, the intimacy that they were able to achieve. Mulholland says:

Without big, intimidating cameras our contributors were relaxed and gave better performances. The lightweight kit was really liberating, we could move around freely, get up close to objects and film easily in confined spaces. I missed having a monitor but the phone has a big screen and playback is relatively quick so it was perfectly workable.

Some of the other issues they encountered were in high light situations, but the team was able to make a small ND filter for the phone which solved the problem. As many more people use the phones professionally, it would be expected that more and more accessory for professionals, like ND filters, will make their way to market.

In the end, Mulholland believes, "for me, the main benefit of using the phone was that it forced us to be more creative and do things differently."

Ultimately, this example from the BBC not only shows that working with smartphones for professional video is not only possible, but is going to be more and more common in the coming years.