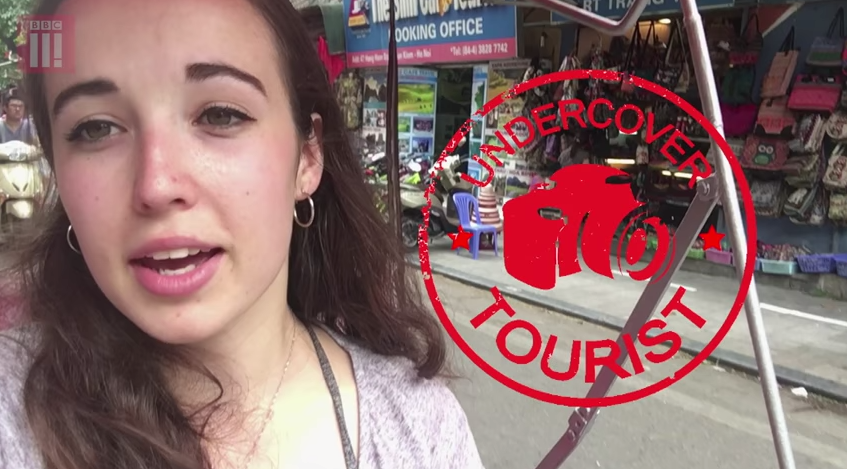 A new program on BBC Three is taking advantage of smartphones and other small video equipment to shed light on animal cruelty around the world. The show, Undercover Tourist, highlights a new issues on each program as a video journalists goes undercover as a tourist to expose the truth.

Using small cameras and audio equipment, and relying on the unassuming nature of smartphones, these activists/journalists are able to tell a story that previously could no be told. In the video above we see travel photographer and video journalist Megan McCubbin in Vietnam hunting down the illegal bear bile industry. Using her smartphone and in one case a hidden camera she is able to show the viewer a bear facility where the bile is extracted, a store where it is sold, and more.

This kind of reporting was near impossible just a decade ago. When McCubbin shows up at and has her smartphone out, she is assumed to be a tourist, someone just taking a picture or video to share with friends and family, what does not cross into the people she's exposing heads is that she could be a journalists creating something that will be aired on national UK television and then put on the internet for the world to see. This is the unassuming nature of smartphones. Had she walked in with a crew with two big cameras, a sound person and lighting person, she wouldn't have made it through the door. The people she was exposing would have seen the big cameras, known something was up, and the story would have ended before it could even get started.  The new technology and her way of working alone not only helped make the final product what it was, it was the reason that she could make the video at all.

Check out the show here.