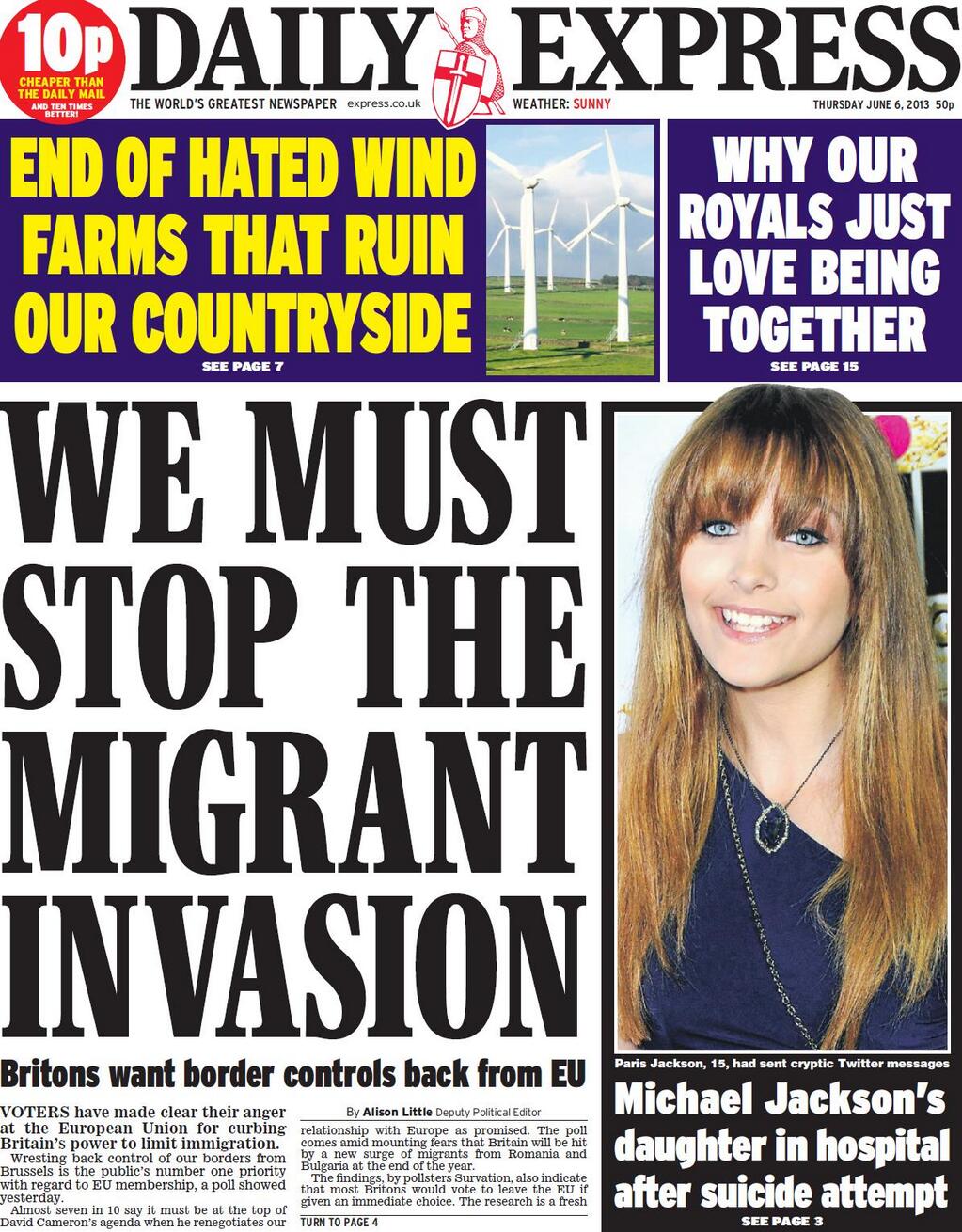 I would be remiss if I did not write something about Britain's decision to leave the EU last night.

As we spend a great deal of time in England, (and as Lisa is a British citizen) we have a direct and personal connection to what happens there.  Thus, we were up late last night watching the returns on The BBC (which Time/Warner happens to carry on Channel 209).

I am not a British citizen, and, despite the fact that we own a home in the UK, I was not allowed to vote. I suppose that makes me one of the feared foreigners who are flooding Britain. Could be.

I tend to think it was this 'fear of immigrants' or rather of uncontrolled immigration more than anything else that drove the Brexit vote.  That fear was driven, to a great exent, by the unrelenting immigrant angst that has become the stock in trade of Britain's vast and pervasive tabloid industry.

Newspapers may be dying in the US, but in Britain, they are still a strong and powerful cultural influence.  For such a small country, they have a very large print press - still.

The purpopse of newspapers is, well, to sell newspapers. So they tend to run with stories that fly off the front page (particularly the tabloids).  The racier the headline, the more graphic and frightening the story, the greater the 'danger', the more papers they sell.

And it's not just fear of immigrants, though that is always popular.

Roy Greenslad, a columnist for The Guardian who covers the media wrote:

The Brexit drippers: how Eurosceptic papers wage their propaganda war

See how the big headlines grab your attention?

"How do newspapers influence their audience? Not with one headline, that’s for sure. Not with a single leading article telling them what to think and what to do. Not by confronting them with unpalatable truths that question their prejudices.

It is, instead, all about repetition, finding ways of reinforcing those prejudices day after day after day. The message must be hammered home relentlessly with news stories, leading articles, commentaries and cartoons.

By playing to the gallery in a drip-drip-drip process over months, if not years, newspapers have an impact on readers who never think about, let alone question, the propaganda they consume.

In America, newspapers don't have a lot of readership anymore - regardless of the headlines.

But television, both network and cable, still have an enormous impact. What they run, hour after hour, day after day, slowly begins to effect the way we see the world.

Their motive, like the UK tabloids, is to sell papers, or rather to attract viewer or online to grab eyeballs.

What is in the media matter.

And that is why it is so very important to learn how to use this very powerufl medium of video and television and make sure your voice is heard as well.

That is what the 'democratization' of video and television is all about.

It is about leveling the playing field for public discourse so every voice can be heard.

That is why it is so bloody important (to be Britis for a moment) to become video literate.

Freedom of the Press, AJ Liebling once wrote, is reserved for those who own a press.

Do you own a smart phone.

You own a press.