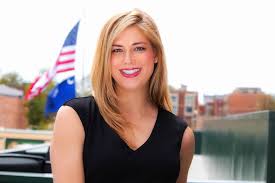 The world's last VHS machine is due to be manufactured in Japan this month.

After that, no one in the world will be making VHS machines any longer.

It is the end of an era.

In 1976, the JVC (Japan Victor) company released the first commercial VHS machines, designed specificaly for home use. The first VHS machines in the US were sold on JUne 4, 1977 at a cost of $4600 (in today's money). Blank tapes were an inflation adjusted $72 per tape.

Despite the objections of both television networks and Hollywood, the machines took of, as did the tapes.

By 1987, ten years later, the VHS market in the US alone was worth $5.25 billion in annual sales - and that was just for the machines. A whole new industry was built almost overnight from this one piece of technology.

But the arrival of video tape in your home brought with it something else, and something, I think, that was far more interesting.

It brought with it the idea that, for the first time, the consumer could, in some small measure, be in control of the world of video. Hitherto, TV shows had been the exclusive domain of the networks, and movies of the studios.  You could certianly 'watch' them, but you could not control when you could see them, and with the addition of the 'record' function, you could actually both own and create them

For along with VHS decks came VHS cameras. Big, bukly, ungainly (you had to slide a VHS tape into the camera - just to give you an idea of size), and yet, compared to broadcast professional cameras, these were tiny and relatively inexpensive.

Of course, they were not (yet) broadcast quality, but again, the notion, for the first time really, that you could actually record your own videos for your own use was again revolutionary.

I recently threw out my entire VHS collection. What was the point?  In the not too distant future, I will also thow out my DVD collection. My CD collection sits in the closet, untouched for years now.  And, I recently came across the Hi8 tapes of my marriage to my now ex. I don't even have a Hi8 deck to play them back on, (not that I would ever want to see them again!)

This is the nature of our technology.

Many years ago, The BBC, at great cost (and to great fanfare) put the Medieval Domesday Book on optical discs.  It was heralded as a massive technological achievement, making the books readily available for future generations to access.

Today, the optical discs are still around, but there are no optical readers upon which to view them.

Like the VHS machines, they simply stopped making them.

Fortunately, the original of the Domesday Book is still around and readable.