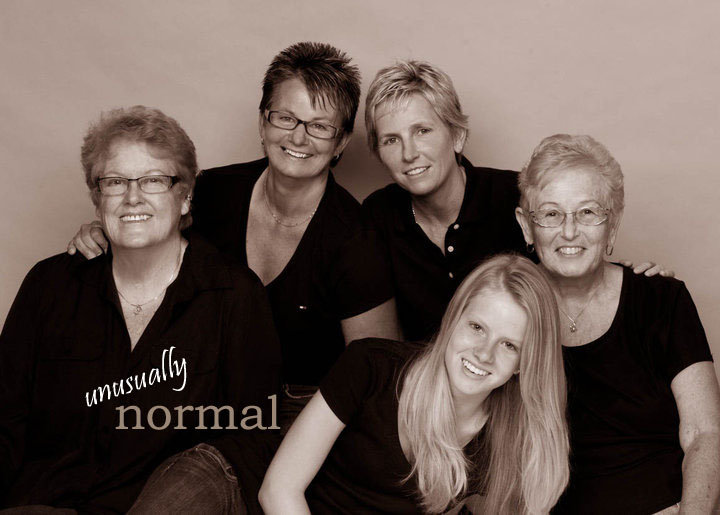 Last week, I got an email from Karen Ford, (who I had never met before), suggesting an idea for a TV series.

I often get a few of these every week, and while I try to respond as best I can, most of the ideas are, let us say, less than original.

This one was not, and as soon as I saw it, I thought, yes, this has potential.

In any event, Karen's pitch began with this sentence:

Needless to say, she had me hooked from there.

Particularly the 'True Story' at the end.

There's an addage about pitching movie concepts to studios. If you can't fit it on a telegram (I said it was an old addage) you can't sell it.  The same goes for TV.  Miami Vice, the story goes, was pitched with two words: MTV Cops.

It's the 'hook' that gets your attention and doesn't let go.

Karen's first line was enough of a hook to keep me reading.

Karen (52) is the daughter of Grandma Linda. Karen has always been gay, and had a child, Madison, with Anna (53), via artificial insemination in 1995.  Madison (20), is this family's only straight member. She is not only the nucleus of the family, but also the glue that has holds it together. The relationship between Anna and Karen didn't survive, but Anna remains Madison’s other mom, and a member of the family."

I told Karen that I though there was a series in this, properly produced and packaged.

I told her she would need a 2-minute video to pitch it.

I could see this on TLC or somewhere else.  It has a lot of potential.

At least we're off to a good start.

And Karen is now also a member of TheVJ.

We're looking forward to being able to follow her progress!

And wish her (and the whole family) lots of luck!