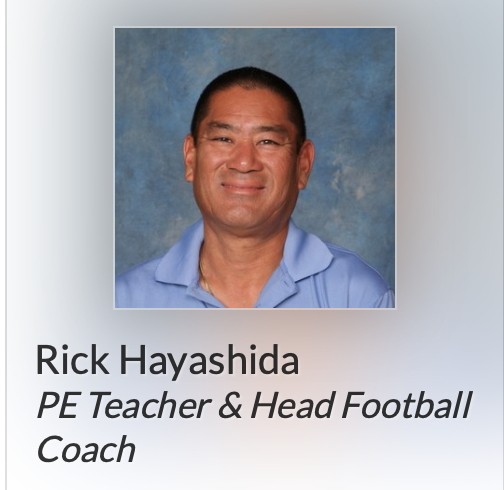 Spectrum1 MMJ (trained by us) JD Carrere, working on his own, brings a nice sense of intimacy to a small but poigniant story in Los Angeles.

This is the way local news should be done.

CHATSWORTH, Calif. — Just a few minutes on an exercise bike has become too much for the usually active head coach of the Chatsworth Charter High School football team.

“It's hard because I just don’t have the endurance that I’m used to. Even walking five to 10 steps seems to really get me extremely tired,” said Rick Hayashida.

Over the last few months, Hayashida has been battling an interstitial lung disease, an autoimmune disorder that has caused severe damage to his lungs.

He’s currently going through treatment at UCLA and hoping to get on the transplant list—something that may prove to be a long wait due to the low number of people both signed up for and that qualify to donate their organs.

Even with all of this seemingly stacked against him, the coach said he remains focused on something else.

“I was real optimistic about this team," he said. "I felt like we’d do a lot better this year. The kids I love dearly, I feel bad that I wasn’t able to be their head coach this year."

So his wife reached out to one of his fellow teachers for help.

Vanessa Zapata has worked with Hayashida for more than 16 years. She’s currently working at the school as an administrator and senior class coordinator.

She along with Hayashida's wife figured out that teachers can donate their sick time to other teachers, so for her to help, it was a no-brainer.

“I know that Rick is a very popular person. A lot of people at our school site were interested and willing to donate. So I was just amazed that we didn’t have to go out to another school to ask for donations. Everything was completed here at our school,” said Zapata.

There's been a big response from teachers and many others online who have been following along this journey with him.

It's been an overwhelming experience for the coach.