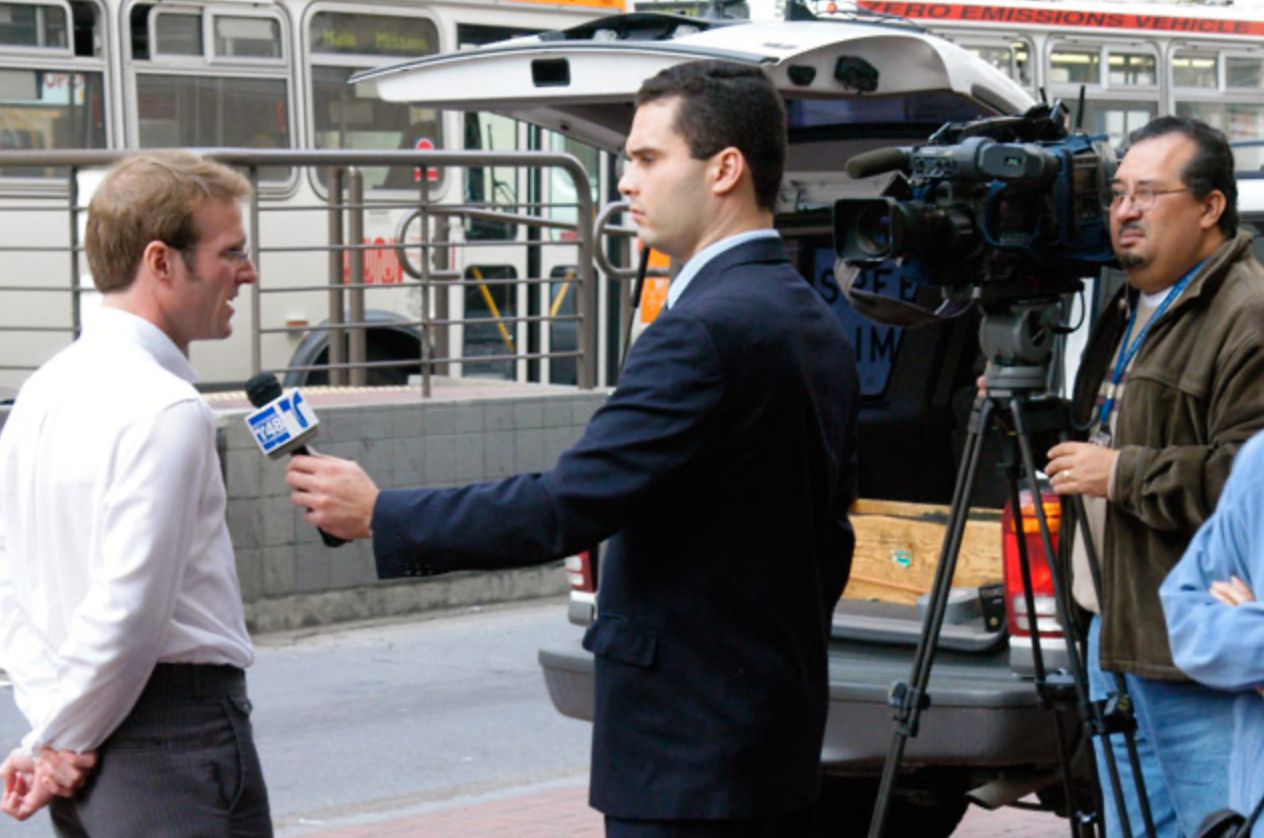 This goes against everything they ever been taught at journalism schools, or in the multiplicty of jobs that they have had in the TV news world before they met us.

"How can you have no interviews?" they will ask, as if it is the lifeblood of TV news.

When I went to Columbia Journalism School so many years agio, we were taught that the first thing you do when you get to a story is interview the main character in the story.  This is a practice I carried on for many years. We would go to a story location, set up the camera on a tripod, light it, often, sit the subject down facing the correspondent or reporter and mic them both.

The reporter would then go on to 'interview' the subject to death, in the hopes that, like a suspect in a TV cops show, they would eventually crack and reveal some hidden truth.

One of the participants in a recent bootcamp told me this was called 'The Golden Nugget'.  This is where the guy or woman finally worn down by your brilliant question cracks and says "OK, I admit it. I killed my wife."

This may work on Perry Mason, but it doesn't work in real life. Instead, what you get is endless hours, often, of blather.

When I was at CBS News this is how we operated all the time.  Talk until they are nearly dead. Then, we would send the tapes (it was tape) off to a transcript service and they would deliver page after page after page of transciriptions.

My job, as the producer, was to winnow thorgh all this stuff and find a few indicting words. If they didn't have them exactly the way I wanted them, I could also take a bit of one sentence and take a bit of anotehr and marry them together.  A nice cut away of the reporter nodding would cover the sin.

This, of course, was the basis of the famous Westmoreland V. CBS and Mike Wallace case in the 1980s.  Westmoreland clamied that Wallace had taken his soundbites out of context and effectively made him say things he never meant to say.  It was for $120m and they settled out of court.

This way of working is, to my mind, not journalistically valid.  It is highly manipulative. You may inteview someone for 30 minutes, but only use 30 seconds here and 30 seconds there.  It makes the subject feel abused, and rightly so.

The other problem with long interviews is that they then tend to warp the b-roll to illustrate what they said. If your subject says "I like to answer the phone and I like to read books," then the follow up is generally to ask the subject to pick up the phone and put it down, or to take a book off the shelf and put it back.  All totally false.

We prefer to be led by the pictures and the events.

We prefer to get a few soundbites on the fly, in situ, as they happen.

We prefer our stories to 'read' like an article in the NY Times or The New Yorker - lots of text and a few quotes from the subject.

Also, as an interview is, by definition, an artificial event, I prefer to be honest with the subject.  "Look, you've seen TV news. You know how fast it goes, so to be perfectly honest, you're going to get 30 seconds or so to explain your position. Can you do that?  And when they were done, "were you happy with that? Wnat to do it again?"

Much more honest, I think

And far easier to assemble.

This is not to say not to interview.

Do your interviews BEFORE you arrive so you know what you are talking about.

The on site shoot is no place for a fishing expedition.

And rarely, if ever, does the subjct crack

No matter what you may have seen on Law and Order.