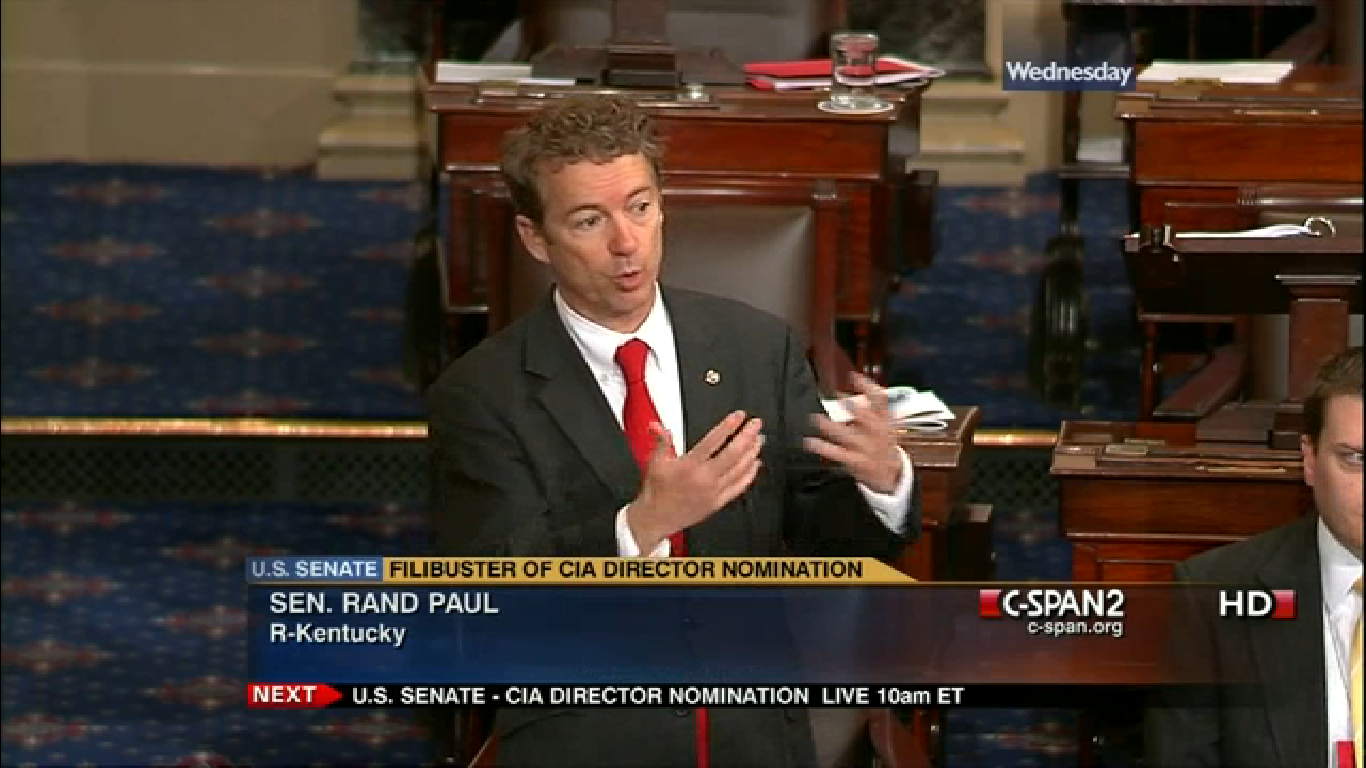 Don't Like What's On The News - Make Your Own

In the beginning, there was NBC.

NBC was all there was for electronic news.  David Sarnoff and his company owned the news industry, starting first with NBC radio in the 1920s, and later, after he introduced televison, NBC television news.

There were a few competitors. Very few.  CBS first under Bill Paley and then ABC under Leonard Goldenson.  But that was it.  Television news was owned by three companies, and they decided what you would see, and hence, what you would hear about and by extension, think about the world.

The reason for that was physics.  Television, like radio, was broadcast through the air.  The electro-magnetic spectrum that could carry the signal was limited and there was only room for a very small number of broadcasters. Three, as it turned out.

The First Amendment may have stipulated a Free Press, but the laws of physics over-rode the Constitution and so it was that CBS, NBC and ABC had a firm grip on what the nation heard and watched as news every night.

This was not democracy. This was corporate control of your mind.

But there was no alternative.

As cable arrived in the 1980s, the physics changed.  Instead of pushing an analog signal through the air - a very complicated and expensive process - the signal now came to your home over a cable.

This changed the ground rules. Now, instead of there being only room for three networks, there was space for 500 or so channels.

A few of these, CNN, MSNBC, Christian Science Monitor (for a while) got into the news business, and tried their hand at competing with NBC, CBS and ABC.

The operative word in the paragrpah above is not news, but business.

The television business is first a business. If there is no revenue, there is no news, because there then is no network or cable channel to place it upon.

Now, what drives revenue in the TV news business?

And what is it that advertisers buy?

Viewers. Essentially, they are paying the network or station for you.  You are the product that is being sold.

The more viewers you can get, the more you can charge for your advertising minutes.  It's a pretty simple business.

And how do you get more viewers on TV news?

You show a lot of SCARY news stories.

Stories about fires, or rapes, or guns, or terrorist or car crashes. Stuff like that. The scarier you can make the stories, the more people will tune in. The more people who tune in, the more you can charge for your ad spots. Get the concept?

Now, this need; this fundamental necessity to attract and hold viewers tends to skew the kind of news that you delvier to the public every day.

Take a look at your local TV news (if you still watch it).  What kind of stories do you see?  Generally, fires, car crashes, robberies, shootings, attacks, maybe a flood if the station gets lucky. Overall though, a never ending litany of trauma, disease, death and disaster, along with the implicit threat of danger. That makes for great ratings.

Now, if you think about it objecdtively, aside from the poor bastard whose home burned to the ground, a fire story really has no impact and no value on anyone who watches it. The same goes for the murder, robbery, shootings, etc.. stories. None whatsoever, except for the TCTWM effect.  (TCTWM - Thank Christ That Wasn't Me!)

It's the same thing that makes you slow down when you drive past a bad car crash.  TCTWM, and then we drive on after a good, long look.

(If only they could figure a way to monetize someone else's disaster and turn a profit out of it... oh.. wait...)

Now, what is the cumulative effect of endles hours, days, months and years of watching TCTWM TV News?  It makes you crazy. It makes you depressed. It makes you think that yes, I should have a gun in my house because clearly the world if filled with crazy killers and kidnappers and rapists and murderers running loose - even if crime in the US is way down.

It is, in fact, no different if you clock the offerings on network or cable.  They live by the same God - ratings.  If it does not rate, it does not get on the air.

Now, there are a lot of important stories that warrant coverge that simply never get it because they are not scary enough to rate.

But what can you do about it?

Up until now... nothing.

But now... .you can actually take matters into your own hands.

You can create and produce and publish your own news.  News you consider to be important. News that perhaps is important to your commuinty, your town, your organization.

Thanks to the rather remarkable combination of the Internet and smartphones, you actually have all the power, all the gear, all the access that CBS, NBC, CNN or anyone else has.

This is a rather remarkable, rather revolutionary moment, driven by technology, and is perhaps a bit hard to believe. But it is true.

Some 500 years ago, when Gutenberg invented the printing press, the same kind of moment arrived for print.

Until Gutenberg, only Monks and Kings could make books. They controlled the media industry of the Middle Ages. They were the NBC, CBS, CNN and Fox of the Medieval world.

But with the arrival of the printing press, anyone with an idea could suddenly publish. Anyone.

It was then also hard to believe.

In 1513, Martin Luther, a then unknown monk in a little town in Germany got the concept. He started printing and publishing his own ideas about the Pope and the selling of indulgences, among other things.

His ideas, married to the power of the printing press, changed the world.

Your iPhone or smartphone is the 21st Century analog to the printing press of 1450.

Like the man at Nike say, Just Do It.