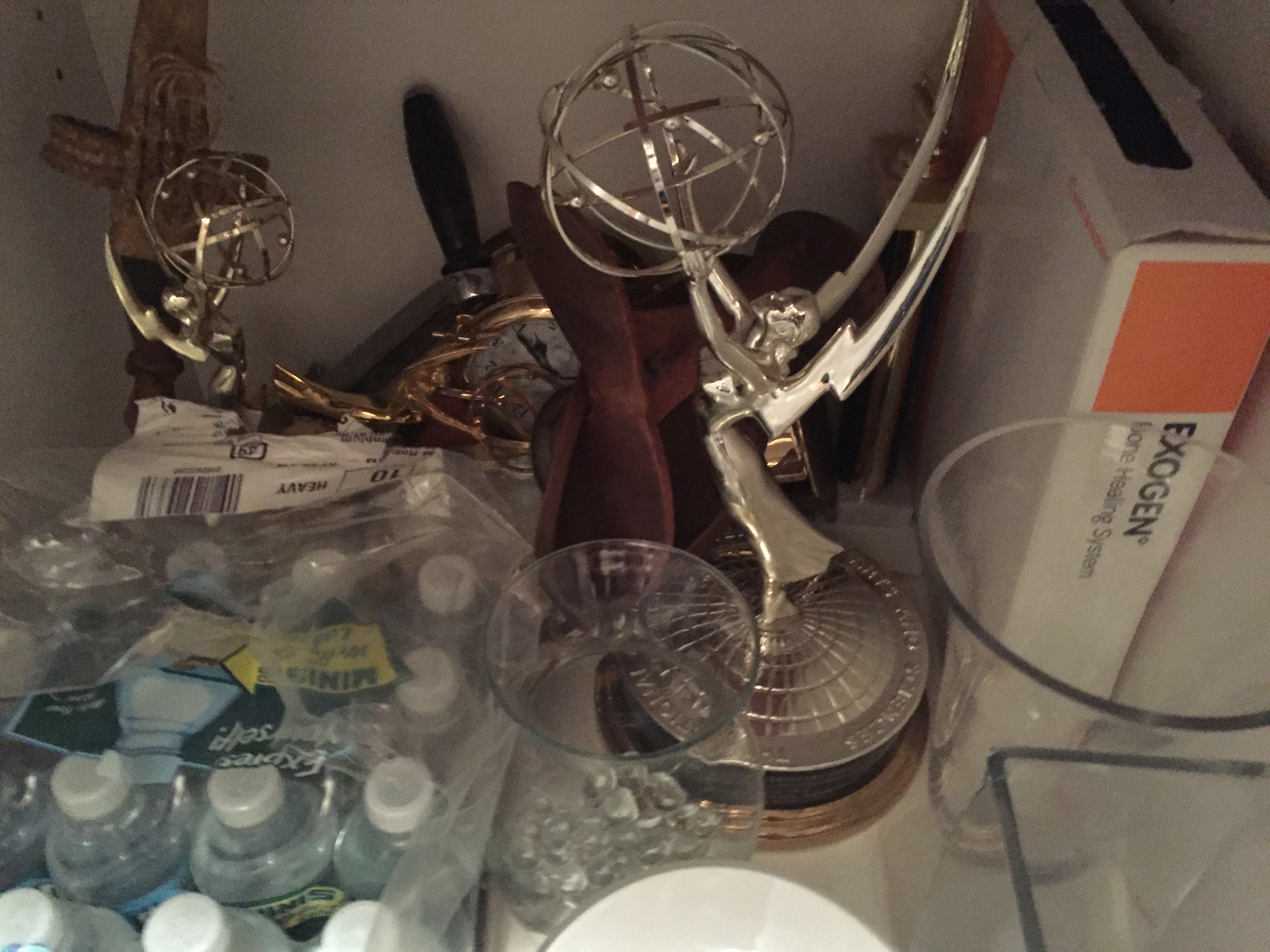 It's where they belong... with the cleaning products.

Emmys Under the Sink

Looking for my grandmother's brass candlesticks (for tonight's Passover dinner), I came across these. A couple of my old Emmys.  One local, one national.

I wondered where they were.

They were under the sink.

You never know what you'll find (or what else is back there).

There was a time when I took this kind of stuff seriously, but the truth is, they give them out like candy at a kid's party.

Although one of these (I have no idea which one), was one of the motivators that got me to leave CBS and go off on my own.

We (the 'team') had won an Emmy for something we did on Sunday Morning. We all sat at one of the CBS tables when they announced the awards.

When we won, the 'correspondent' got up to accept the award.

Now, for anyone who actually works or worked in the business, you know that the 'producer' does the lion's share of the work.  You find the story, you do the research, you go out on the shoot, you ask most of the questions, (the 'correspondent shows up, gets shot into the piece and splits), you write the script, you ride the edit.  It's YOUR work.

So when the 'correspondent' got up and said, "I want to thank all the people who helped on this...", it was enough motivation to quit.

(There were other reasons as well).

So that's why the Emmys go under the sink (or in the garage, or in the storeroom - God only knows where the rest of them are). Maybe I can sell them on eBay?