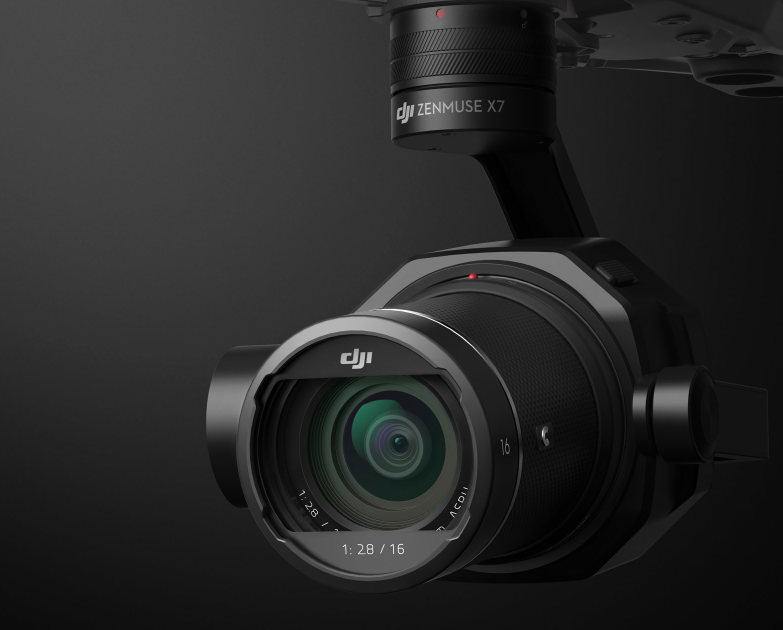 DJI announced this week has announced the new Zenmuse X7 camera lens for its DJI Inspire 2 drone. The new lens is the most cinematic and has the highest resolution camera available for any drone on the market. The lens is designed for professionals, and has a price tag to reflect that at $2,699, but this is a surefire sign that drone cameras are only going to get better and better.

It used to be that if you wanted an aerial shot in your movie or video you had to spend a lot of money. You had to mount the camera on a helicopter or plane, or get in one yourself and start filming. This was an expensive endeavor and therefore many people, aside from big-budget Hollywood productions, just didn't do it. They couldn't afford it.

Then consumer drones came along. Now what used to cost tens of thousands of dollars could be done for a fraction of the price. Anyone with a drone could take to the sky themselves and get that aerial shot that they were dreaming of.

As with smartphones, the cameras in the first waves of drones were good, but not great. They could do video and it could pass on the web, but the resolution and quality were nowhere near professional level. Then, like smartphones, the camera systems quickly got better and better, including HD, 4K, image stabilization and other features to make the video from drones look better and allow them to be used for professional video. If you could spend more for a high end drone system like the ones from DJI and GoPro then you could get amazing quality video with your drone.

The Zenmuse X7 shoots in 6K at 30fps, has a Super 35mm cinematic lens, is compatible with various lens mounts for 16mm, 24mm, 35mm, and 50mm and built in color grade system for truer and deeper colors.

Here's an example of what the Zenmuse X7 is capable of:

You can check out the specs and pre-order the lens from DJI.