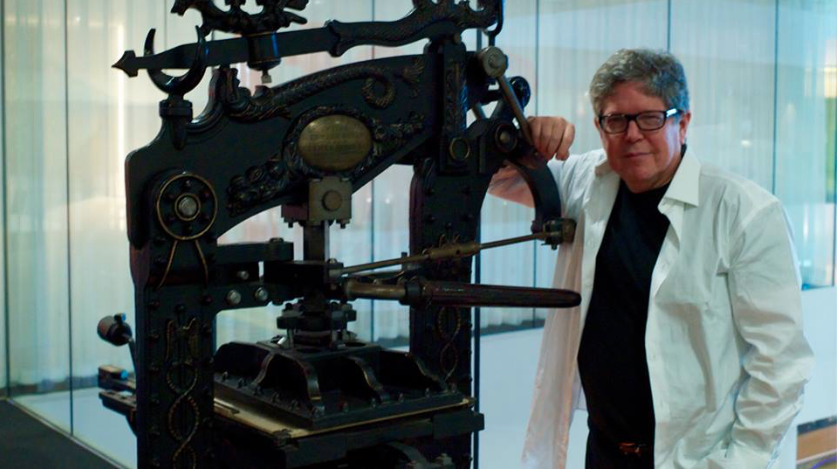 A monument to the Free Press in the offices of The Guardian Newspaper - a monument, not a memorial.

Everyone Loves A Free Press - Until They Actually Have One

“Freedom of the press,” wrote the journalist AJ Leibling , “is guaranteed only to those who own one.”

That was certainly true when AJ Leibling wrote those words in The New Yorker in 1960.  The Sulzberger family might own a press, as did the McCormicks and the Gannetts.  The broadcasting press was owned by the Paleys, the Sarnoffs and the Goldensons.  That was pretty much it for a ‘free press’, more or less.

It was easy then for journalists (and everyone else) to extoll a ‘free press’.  There weren’t that many of them around.  If you wanted to publish ‘your’ ideas – and get them disseminated, you had to work for one of those very powerful patrician families – and your ideas had better not be in conflict with those families.  (Employees of Fox might understand this quite well).

The Internet, however, changed all that.

The barrier to entry, the cost of building a broadcast network like CBS News, of pushing your signal through the air(!), to millions of antennae across the country was astronomical.  Not to mention the FCC which restricted access to the limited bandwidth to the three networks by law.

Hardly what you would call a ‘free press’.

With the arrival of the Internet, it was suddenly possible (it IS suddenly possible) for anyone, with any idea, to broadcast or publish their idea at almost no cost, and make that idea available to the 3.5 billion people who are online worldwide – for free.

Technology moves quickly, people, not so quickly, particularly when it comes to realizing the ramifications of new technologies.

Last week, at a rally in South Carolina, Donald Trump called on ‘Bill Gates and people like that’ to effectively ‘close down’ parts of the Internet.

Alas, Trump is not alone. Far from it. On December 6, 2015, Hillary Clinton called for exactly the same thing.  In a speech at The Brookings Institute, Clinton said that ISIS was effective in using the Internet as a recruiting tool and that major American technology companies should be employed to block their websites.  Said Clinton, much like Trump:

“You are going to hear all the familiar complaints: ‘freedom of speech, ”

The fear of the influence of ISIS based ideas is finding a resonance across America and the response increasingly are calls to ‘limit’ First Amendment rights for ‘National Security’ reasons.

I am currently reading Nial Fergusson’s excellent biography of Henry Kissinger.  I was particularly taken with a comment by President Eisenhower at the start of the cold war with the Soviet Union, and particularly with the rise of McCarthyism.  If we are not careful, Eisenhower said, we will end up no different from them, (meaning the Communist repressive dictatorships).

The arrival of the first free press, driven by technology, was the impact of Gutenberg’s printing press in 1452.  Suddenly, anyone had the ‘power’ (at a relatively low cost), to print, publish and disseminate their own ‘radical’ ideas (such as Martin Luther) to everyone at will, with no permission of the Church or the King.

Until then, the power to publish, such as it was, had very much resided with the Church and the Monarchy.  In Britain, severe sedition laws were passed to control the press; prior restraint were instituted and anyone who owned a press was required to get both a government license and to put up a massive bond. Were anything published that violated the pleasure of the monarch, the bond was forfeit, the press shut and the miscreant generally arrested.

It was these kinds of restrictions that prompted the Founding Fathers to author the First Amendment as it was written.

Propaganda from ISIS (or from The Klan or anyone else with whom you might disagree)might be frightening.  But the idea that the government can begin to decide what ‘free press’ is now ‘acceptable’ and what is not is, to my mind, far more frightening a prospect.