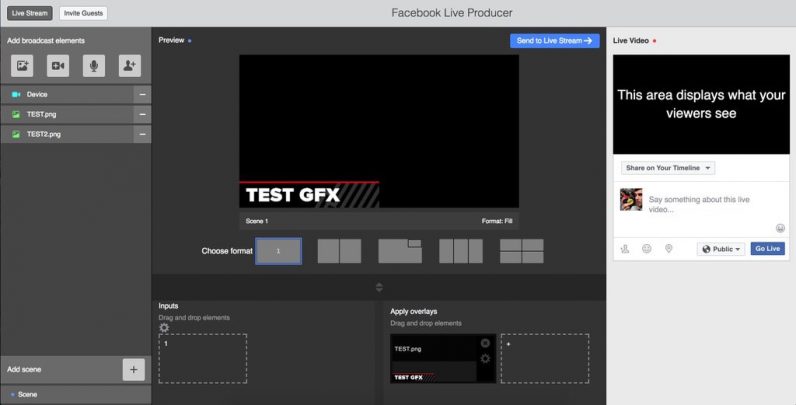 According to a report from The Next Web, Facebook is testing and gearing up to announce an new web-based production interface for live videos. The new interface will allow users to use more than just their phone to go live.

The new tool, called ‘Live Video Producer,' allows users to use multiple camera setups, more professional cameras like DSLRs, import pre-recorded material, and overlay graphics onto shots. The interface and tool is being rolled out to select users right now with an expected announcement and release to come later this year or early next year.

As of now, this kind of set up is possible to produce on Facebook Live, but only using third-party video encoders like Wirecast. Whether or not this new feature will make those kind of encoders more or less obsolete is yet to be seen, but this is definitely a large step for Facebook embracing live video as a major piece of their platform.

This embracing of live video on Facebook as a professional tool rather than just a novelty feature is a big indication of where the industry is heading. There is no doubt that Facebook is betting big on video; with the roll out of Facebook Watch, the expansion of Facebook Live, and Mark Zuckerberg's own assessment that the platform will be almost completely video in 5 years time it is clear that video has taken over the platform and is its primary focus.

What does this mean for you?

You need a Facebook presence. It is the place that people spend a lot of time and more and more they are going to be looking for video. If you are producing video for the web Facebook is a great place to put it. If you have your own site that hosts your videos or use another platform as your primary distribution, then Facebook is a great place to promote yourself, gain traction, and build and audience.

Read the full report from The Next Web here.