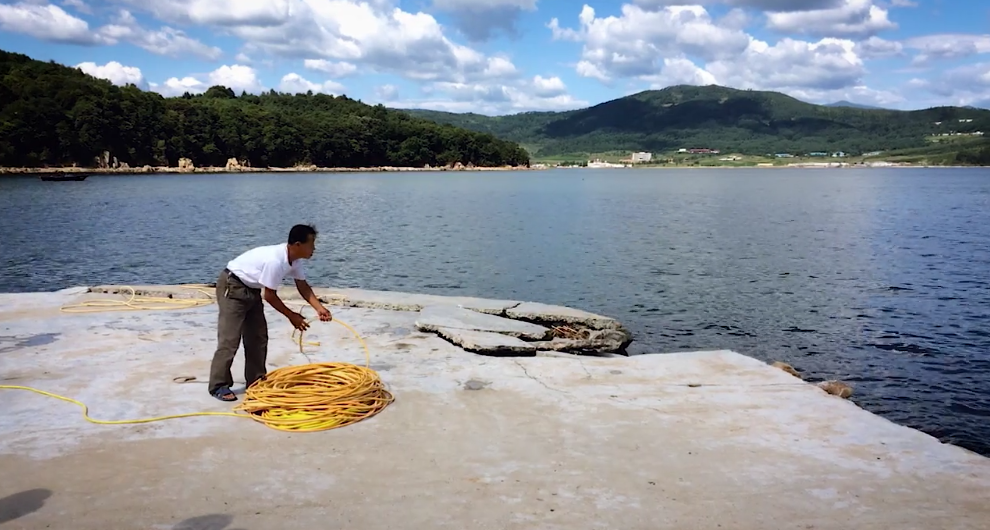 Still from Life in North Korea

Whilst most people who travel to North Korea visit Pyongyang, the capital, we were fortunate enough to visit Rason, a small city in the north of North Korea. Life there is very different to Pyongyang. There are farmers, fishermen and factory-workers.

Two guides, who were incredibly proud of their country, showed us around the city and helped us to paint an accurate portrait of what life is like in more rural parts of North Korea. The people were beautiful, the scenery was stunning, the colours were vivid and the people we met were genuine characters, loving and full of life - this is the North Korea that I wanted to show.

North Korea is known for its secrecy.  Trips by foreigners are highly regulated and are kept to a strict tourist itinerary that usually leaves the visitor with a very shallow experience and understanding of the nation.  Similarly, any media that are released from North Korea for global consumption is either state sanctioned propaganda, or focussed on the capital city of Pyongyang.

In this video, William Long goes above and beyond what we are used to and gives us a better insight into what it is really like to live in North Korea, not only in the cities, but in the rural countryside as well. Shot completely on his phone using Filmic Pro, Long takes us on a trip into the real North Korea -- or at least as close as we can get.

While we may not all be able to get to North Korea and shoot something like this, smartphone video allows for us to achieve great new things with filmmaking.  Specifically, it allows us access to places we could never bring cameras before.  If you were working with a crew and a big camera, you would not get the same access simply because you'd seem much more intimidating.  It would make your subjects nervous.  With just a phone, you are approachable and in many ways it humanizes the filmmaker and levels the playing field between subject and producer.  Try it yourself: go make a video in a public space with an iPhone vs. a traditional camera and you will see immediately how people react to you is much different.