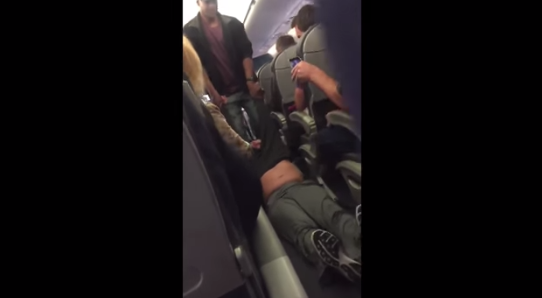 Forbes: How United Became The World's Most Hated Airline In One Day

We're all now very well aware of what happened to Dr. Dao on his United flight. It took less than 24 hours from the time the now famous incident took place for United to become the most hated company on earth, and for their CEO to make three attempts to clean up the mess.  How did it happen so quickly? The answer is smartphone video and the Internet.

When Dr. Dao was dragged off the plane, almost everyone took out their smartphone and started recording video of the incident. From there the video went to those other passangers' social networks which set off a explosive spread of the video until it was on the front page of every website. This is not how news used to break, but more and more this is how news is breaking now. This is a massive shift.

The media, and news in particular, used to be a very top-down operation. The few lucky people who worked for the newspapers and TV networks would find the news and spread it to the people. Now, the people are finding the news and people at media companies are finding it from them -- this is what we call bottom-up. It is the democratization of news and it is all because of smartphones. Videos of the United incident were up on the web before the polane took off, and by the time they landed it was a global controversy.

Davia Temin from Forbes reports on how video is changing the world:

United Airlines' reputation is in a nose dive, both domestically and internationally. Repercussions from its latest and most grievous series of missteps have catapulted United into pure crisis mode.  But, even for a company that is used to crisis, it's no longer crisis as usual for United Airlines, or anyone else. Live social media posting has changed what you can get away with in a crisis -- forever.

It used to be that if an airline made as monumental a mistake as United Airlines just did by causing a paying customer who had done nothing wrong to be dragged off a plane screaming, bloodying him up along the way in front of all his fellow passengers, they might still have gotten away with it.

After all, on a plane, passengers were basically incommunicado, so people couldn't have protested easily, and they might not have been believed, especially if the airline denied it or called it an "overreaction." The populace tends to believe its leaders in these situations, if compelling evidence to the contrary doesn't exist. It rather makes one wonder about how many times such a debacle has happened before, and just not been caught on video.

ut today all that changed. Live footage of the assault of an innocent passenger by security personnel was captured and immediately posted on social media around the world, instantly making United one of the most hated companies in the world. Because the plane was still on the ground when this happened, WiFi was still working, and despite some efforts to stop the video taping a few angry passengers managed to capture the whole thing on their phones, and then post it on YouTube and Twitter immediately. Incontrovertible, this evidence has given new meaning to the concept of virality. #United and even #NewUnitedAirlinesMottos started trending on Twitter in hours. China is aghast at the apparent targeting of an Asian physician, all the major networks are covering the story, the stock price has fallen, and every comedian worth his or her salt has weighed in with jokes.

The world has been riveted and appalled. In the social media universe, where denizens wait with bated breath for the birth of a giraffe, they love their winners and losers. And there is nothing better than an uncomplicated story of abuse of power, illustrated by live video that makes viewers feel like they were really there. The ultimate stupidity of United in overbooking its flights to such an extent, insisting upon kicking off paid customers to make room for its own personnel, and then when enough passengers didn't volunteer, instead of offering them a great deal more money, deciding to physically drag out passengers by force, made for high drama indeed. And United made itself an instant pariah.