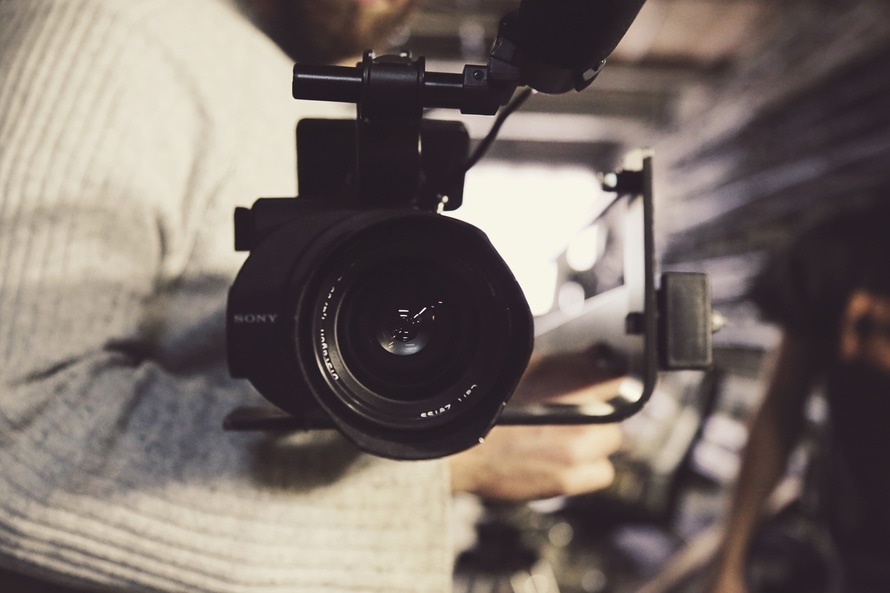 There is no doubt that we live in exciting technological times.  The digital and internet age have brought us new innovations that were deemed science fiction not long ago.  Many of these innovations have to do with our fascination with screens as a culture and species.  Screens have only gotten larger and larger, and more ubiquitous, but soon screens will be invading our reality.  So called 'mixed' reality technologies are a big buzz in the tech world, and can have large implications for the ways we interact with screens and content.  Companies working in this field have also gathered a lot of attention and investment, like Magic Leap.

The hottest ticket in tech is an invitation to a banal South Florida business park, indistinguishable on the outside from countless other office buildings that dot America’s suburban landscape. Inside, it’s a whole different story. A different reality, in fact. Humanoid robots walk down the halls, and green reptilian monsters hang out in the lounge. Cartoon fairies turn the lights on and off. War machines, 75 feet tall, patrol the parking lot.

Even the office equipment does the impossible. The high-definition television hanging on the wall seems perfectly normal. Until it vanishes. A moment later it reappears in the middle of the room. Incredibly, it is now levitating in midair. Get as close as you’d like, check it out from different angles. It’s 80 inches diagonal, tuned to ESPN–and there is nothing holding it up.

The TV looks real, but it is not. All these wonders are illusions, conjured into being through the lenses of a “mixed reality” headset–the arcane invention of the startup called Magic Leap.

Like any good magician, founder and CEO Rony Abovitz, 45, keeps his cards close to his chest. Magic Leap has operated in extreme secrecy since it was founded in 2011. Only a few people got to see its technology, even fewer knew how it worked, and all of them were buried under so many nondisclosure agreements that they could barely admit the company existed.

Yet massive amounts of money were flowing down to Dania Beach, Florida, a town of 30,000 just south of Fort Lauderdale. To date, Magic Leap has raised nearly $1.4 billion in venture capital, including $794 million this past February, reportedly the largest C round in history. Seemingly every blue-chip tech investor has a chunk, including Andreessen Horowitz, Kleiner Perkins, Google, JPMorgan, Fidelity and Alibaba, plus there’s backing from less conventional sources such as Warner Bros. and Legendary Entertainment, the maker of films like Godzilla and Jurassic World. Magic Leap was valued at $4.5 billion in its latest round of financing. If Abovitz has held on to just 22% of the company–which he denies– he’s a billionaire.

That cascade of money sparked strange rumors within tech circles: Magic Leap was doing something with holograms, or with lasers, or had invented some reality-warping machine the size of a building that would never, could never, be commercialized. The lack of hard information further fueled the whispers. Magic Leap, after all, has never released a product. It has never given a public demonstration of a product, never announced a product, never explained the proprietary “lightfield” technology that powers its product.