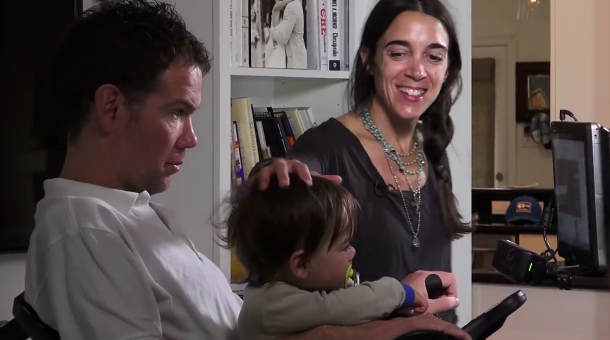 Do you remember the ice bucket challenge from a few years ago?

The challenge included a person recording themselves dumping a bucket of ice on themselves to raise awareness about ALS and raise money for research.  Despite the overwhelming popularity of the challenge, many were still left without any understanding of what a day with ALS was really like.

Steve Gleason was an NFL player for the New Orleans Saints, but in 2011 he was diagnosed with ALS.  Only a few weeks later, Steve and his wife Michel found out that Michel was pregnant and they soon would be parents.

During the pregnancy, Steve and his wife began to shoot video of their day to day life.  The video journal began as a gift to their unborn child, but in the subsequent years became a testament to the daily struggles of living with ALS.

Years later, Steve would enlist filmmaker Clay Tweel to turn the footage into a narrative documentary.  The film has won countless awards and acclaim, and shows that you don't need to shoot with expensive cameras or have expensive shoots planned to make a powerful film, just a great story shot well.  Video is the most powerful medium to express ideas, information, and emotions.