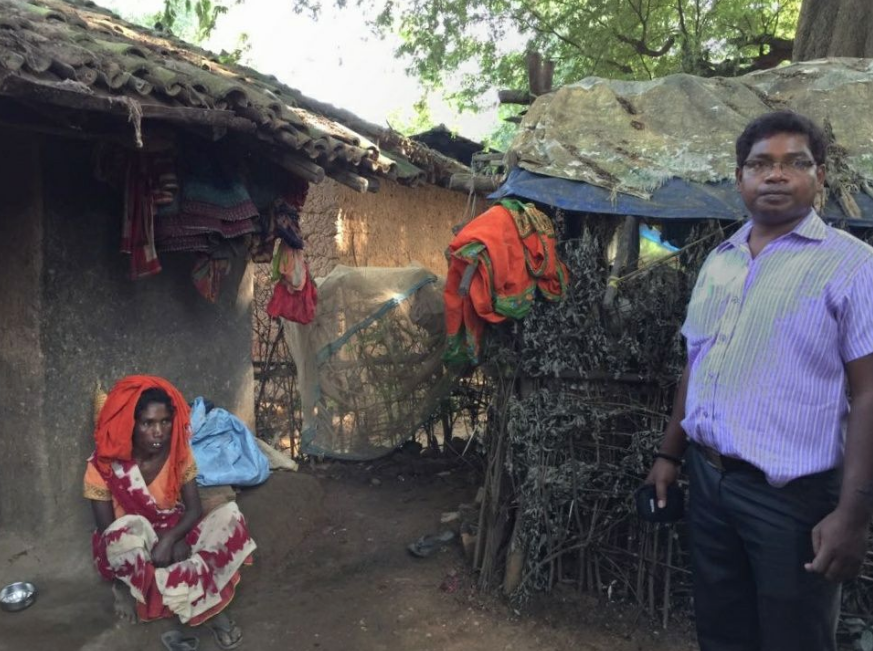 Jessica Mayberry was a student of ours many years ago. Since then she has used her video skills to empower people to use video to tell their own stories. The name of her organization is Video Volunteers.

This is a great application of video. Anyone can learn to tell stories in video. It just takes the right training and practice. Particularly with the explosion in cheap, small, and powerful cameras, the barrier to entry in video has decreased dramatically. This has enabled for stories all over the world previously untold, can now reach millions of people around the world on the Internet.

Jessica recently wrote a story on how Video Volunteers made a difference in a small village:

At Video Volunteers, we spend nearly all our time reporting on stories that don’t make headlines; stories of broken systems and petty corruption occurring amongst the relatively ignored populations of this country. On the rare occasion when ‘hard’ news breaks in one of 200+ districts we report from, we don’t rush to cover it. If a story from a district where we work makes headlines on its own, it means the news ecosystem is functioning as it should. But a few weeks ago, we found ourselves in the middle of the biggest news story of the week.

“You’ve heard about the starvation death, haven’t you?” our correspondent Warles Surin asked me and my Video Volunteers co-director Stalin K. as we sat in Warles’s family’s village in Simdega district, Jharkhand. Stalin and I were visiting Warles on what was ostensibly a family vacation, with our two kids in tow.

Yes, we said, we had heard the story: Santoshi Kumari, an 11-year-old girl from a Dalit family in the village of Karimati Basti, died on September 27, 2017. Activists had reported it to the news media as a starvation death and the story was now making headlines across the country.

“The fact-finding team wanted VV to join their research trip last week, but I couldn’t come. The village is only five km from my house. My contacts there want us to meet. I think we should go there tomorrow. What do you think?” Not just Warles, but our communications coordinator too wanted us to pay a visit – she had been frantically sending us links to the articles in Scroll and other publications, telling us how close by we were. But we were noncommittal: since the media was already on the story, what need was there for Video Volunteers?

“I’ve been covering this village for four years,” Warles said. “I’ve made four videos there and three have gotten ‘impact’ (meaning, in the Video Volunteers parlance, that his subsequent advocacy work had also managed to solve the problem). The only one that hasn’t gotten an ‘impact’ is on this very issue. It’s about how many people don’t have ration cards in this village. I screened it for the BDO last month in a public event and he promised to take action ‘within a month’. If he had, perhaps this girl would not have died. I need to work more on this story.”

So off we went the next morning, October 16, to Karimati village in the Jaldega block of Simdega district.

During our four-hour visit to the village, we heard three alternative narratives, each told by a separate faction. Each faction had something significant to gain or lose in how the story would be reported and remembered. One wanted the death to be called a case of starvation, another wanted to blame parental neglect and a third wanted it labelled an illness.

We saw how different factions jostle and manoeuvre with each other when the media comes to town and they find themselves in the limelight. And these were not just opposing factions, but warring factions: within minutes of arriving in the village, one person had shouted ‘drunkard’ at the girl’s mother. “Liar,” I heard someone shout; “No, you’re the liar,” screamed someone else.

In a part of India where it usually seems as if the worst injustice remains invisible and it can take months to get even a meagre official response, the outside world came crashing in. It was a political mela of the first degree. The media, the medical community, the activists, the state-level politicians and the village-level authorities were all there on the day of our visit – even 15 army men preparing the way for a visit from a former chief minister.

This swift response and the accelerated pace at which everything was unfolding was also highly unusual. Civil society actors have been working to achieve a more accountable and transparent government for years. And we saw in Karimati village the positive effects of years of such work: though one might criticise the actual response, the government clearly knew it was accountable and that it was being watched. Today’s buzzword is transparency, and the media is in the hands of the people; it was a sight to see, watching the government mobilise in this new reality. Everyone was falling over each other to prove how perfect their response was.

Heading straight upon our arrival to the home of Koyli Devi, Santoshi’s mother, we first heard from Faction One.

Koyli told us that the whole family had not eaten for eight days prior to her daughter’s death. Santoshi died, she said, asking for rice. She had not been sick with any illness, she insisted; she had not seen a doctor.