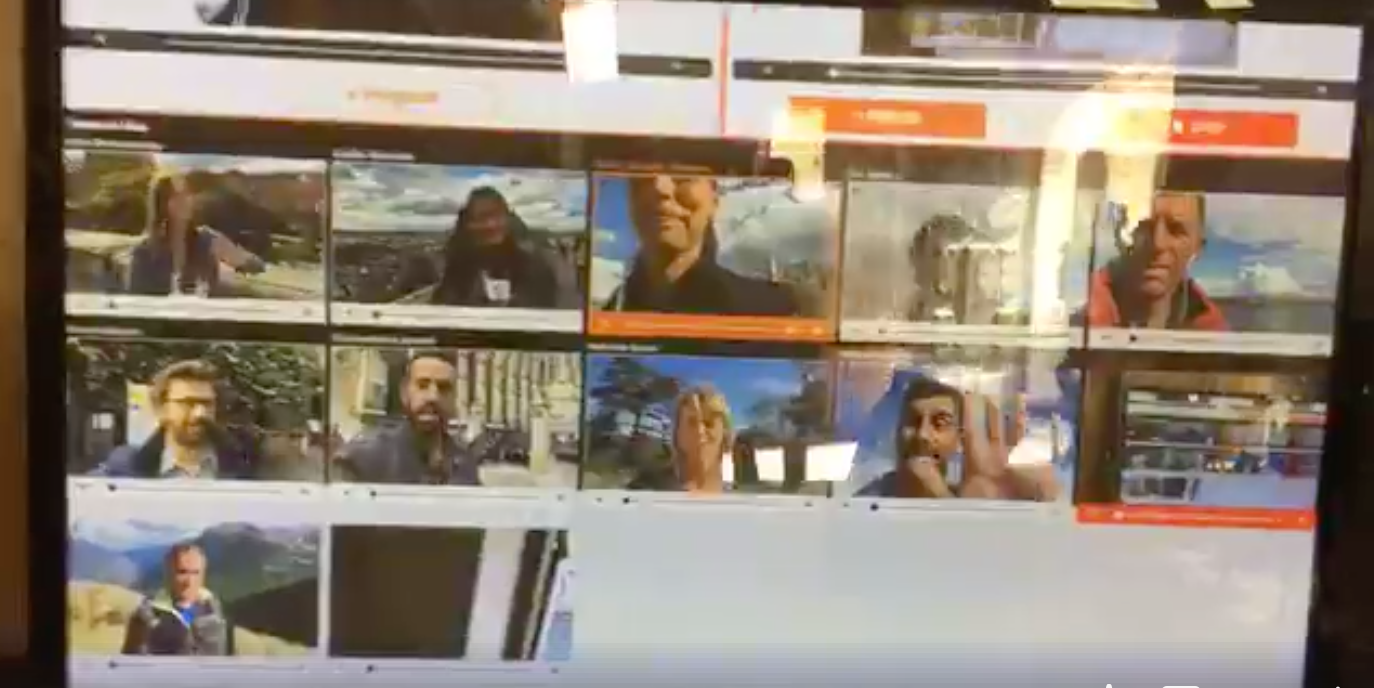 If you can get past the French (mine is pretty mediocre), this reportage from France 3 Bretagne is pretty fascinating.

This is the weekly TV magazine show Littoral, a title that works both in French and in English.  You can find them at the rather simple adderss of @lesjournéeseuropéennesdupatrimoine  - how very French.

Normally, it's a pretty straight-forward show, but in this example, which appears on Facebook, they have 12 of their reporters in 12 different locations all LIVE and all on smart phones, and all 'on air' at the same time.

This is pretty impressive.

Unfortunately, they don't have the video on YouTube, but here's the FB link.

It can be done thanks to a nifty service called Dazzl. Dazzl is a cloud service..not a software...that means if your computer is powerful enough to write an email it can now be a vision mixer(as clever stuff happens on cloud servers)...to do this conventionally you would need a few very powerful and expensive PCs. (courtesty Mr Egan)

As they explain it themselves, they are a live, multi-camera, cloud based 'solution'.  Also, turn key.

There was a time when doing a multi camera feed required a lot of crews, satellite time, enormous cooridation, a big staff and a lot of money.  That, clearly, is no longer the case.

As content moves online, and as more and more people have smart phones (who does not?), this seems to be a fairly logical and intereting option for those who want to become Online Digital Networks.

And, of course, to take it to its next logical step, there is no reason why the streamed content has to be from 'professional' reporters, or VJs or MoJos.  Anyone could and should be able to get in on the act.

Imagine Oprah or Dr Phil done in this way.

Is the caller there?