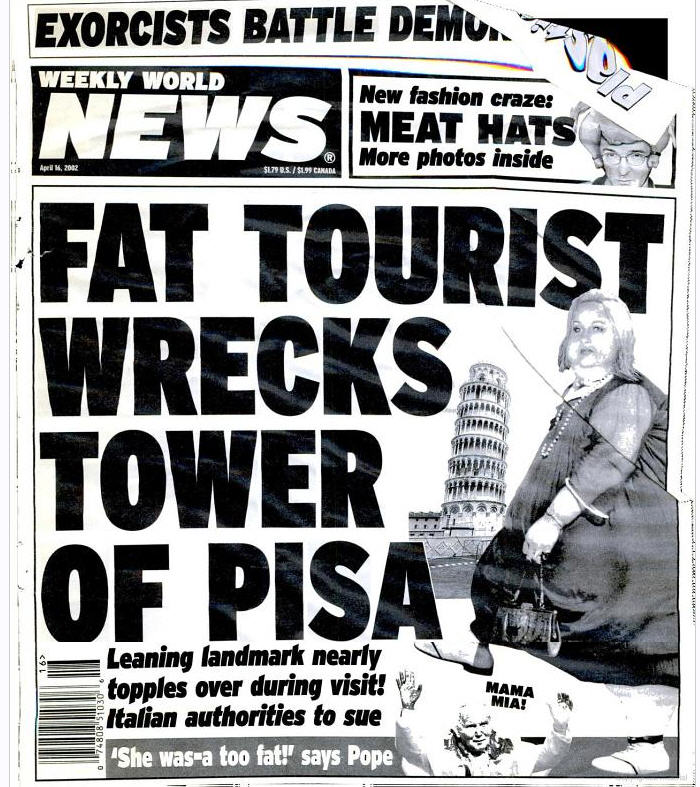 Freaking Out Over Fake Videos

The front page of the NY Times today was dominated by a massive below-the- fold story entitled:  "It Was Only A Matter of Time: Here It Comes an App for Fake Videos"

Aside from the grammatical error in the headline (needs a comma after 'here it comes' - this is what happens when you fire all the copy editors), the story bespeaks a general anxiety over 'fake videos'.

The Fake Videos in question here are the product of a new app, cleverly entitled FakeApp. This allows you to place the head of one person on the body of another in a seamless way, thus creating beautifully crafted 'fake videos'.

Seriously, if you go to the supermarket and you see a tabloid with the headline "500 Pound Boy Found on Mars", do you go home and cower in  your 'safe room', locked away in the certainty that armies of obese adolescents are about to invade the earth?  I think not.

500 years of living with a free and open press, in which anyone can print anything they want, has educated us so that we can intelligently discern the 'fake' from the real, at least in the printed word.

We are not so sophisticated in the realm of video.

This is because, at least up until now, video was a) complex and difficult to produce and b) (and I think this is the more interesting point here), video was, until very recently, only produced in very small numbers by 'trusted sources' - that is, NBC, or CNN or Fox.

The deep and over-riding sensibility was that, at least if you saw it in video, well it had to be true.  Right?

Now video is as open to fictionalization as print has been for the past half millennium. This is no bad thing. It is, in fact, a good thing.

We have always seen video as, well, some sort of Voice of God.  It isn't. It's just more media crap.

Well, then, how do you know if it is real?

You know that something that the NY Times prints is real (yeah, I know... ).  You cannot be too sure about RT, and less sure about some made up website.  You know how to discern.

And, as the world of video expands, new sources and new content creators will arise.  They will only be trusted if they continue to earn trust by telling the truth. It's a real market economy of content and that is also no bad thing.

We have to become as mature in the world of video as we have learnt to be in text.

As everyone can now make video, and as the tech allows manipulations of images as easily as one can delete a line of text, this maturity is essential.