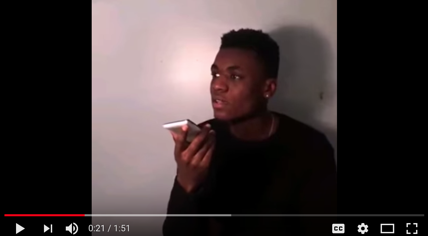 For more than 50 years, TV shows have been broken up into half-hour and hour long formats.

The only reason for that was that TV was linear, and the hour and half hour formats made it easier to schedule what was once called ‘appointment viewing’. That is, my favorite show is on at 8PM on Thursdays nights, so I have to ‘tune in’.

As we move to an online, Video on Demand world (ie, Netflix, Amazon, FB and so on), the whole notion of ‘appointment viewing’ goes away. Yet the notion of half-hours and hours remains, a remnant of another era.

There is no reason, for example, that House of Cards episodes have to be hours. Yet they are.

When RCA released 45 rpm records in 1949, (too old for most of you to remember), the recordings lasted about 7 minutes to a side, reduced to 4 in stereo - which is why most rock songs since then have been about the same length. (With the exception of Iron Butterfly’s Inna –Gadda- Da- Vida, which runs 17:05 – a favorite of disc jockeys when they had to go to the bathroom).  When CDs were invented in the 1970s, their lengths was dictated by the length of Herbert Von Karajan’s Berlin Philharmonic rendition of Beethoven’s 9th.

But the world of online video has no physical limits to it.

French Internet phenom (and there are 3 words you don’t see strung together too often), Wil Amie is breaking all the rules and garnering a big following (particularly as all his work is in French!). 8 million followers on line. His videos are murder mysteries, all shot and produce by himself (and from the looks of them, with a phone). But they are great stories, done in a serialized version of variable lengths.