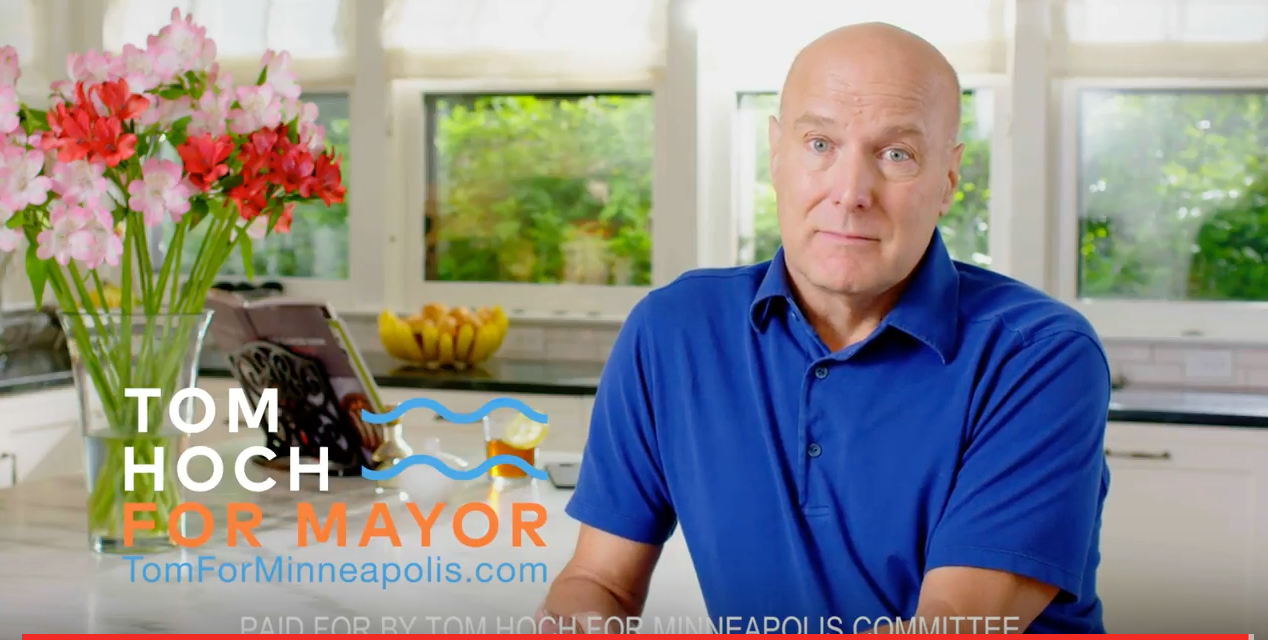 From DV DOJO To Political Ads

Many years ago, (before the Internet!), we ran an experiment in the democratiztion of video.

It was called DV DOJO, and it was a video bar/cafe/ school on the Lower East Side - just across the street from CBGB (for you punk rockers).

The idea was a bar/cafe that also had Mac editing on FCP and video cameras (in the days before smart phones), instruction in video and nightly screenings.  Think of it was TheVJ.com in brick and mortar.

We attracted a lot of people, including Al Gore. This is where we got the idea for Current TV - taking the concept to a cable channel.

One of the long time friends and partners of DV DOJO was Arick Wierson, who was the President of NYC Media Group and NYCTV. the City's public access network.   He gave our VJs an outlet for their work.

Now Arick has taken off in the world of political commercials on TV.

It's an ad to elect Tom Hoch, openly gay candiated for mayor of Minneapolis, starring his husband, Mark Addicks.

It seems to be working!

Although the spot only started airing today, it has gotten LOTS of press - all very positive.

Check out this review from the CBS local affilaite in Minneapolis.

Here's the note from Arick:

Inspired by 2016's most famous political ad, "Please Re-elect Gerald...Please!", Arick Wierson, a former political and media adviser to New York City Mike Bloomberg and personal friend of Mark Addicks (the husband of candidate Tom Hoch) suggested Tom use the 'Gerald' format to introduce himself to Minneapolis voters - with a gay twist. "I just knew that the gay version of the last year's 'Gerald' spot would resonate with voters in Minnesota and across the country who are exhausted after 150 days of the divisiveness and exclusionary tactics of Donald Trump and his White House cronies," said Wierson.

And it looks increasingly like political ads are going to become a hot territory for video makers as 2018 draws near.

If you are intersted in getting in touch with Arick to find out more, here's his contact info

And here's his official bio:

Arick Wierson is an Emmy Award winning TV and Film Producer, political consultant, and columnist for the New York Observer. He is the Founder of Luanda Fashion Center – the largest retail shopping center in Angola - which was sold to the Morena Rosa Group of Brazil in 2014. He is a founding partner in Channel Production Films based in New York City which produced the acclaimed documentary film, “Backdoor Channels: The Price of Peace” which detailed the 1979 Camp David Peace Accords between Israel and Egypt.  Formerly, Wierson served as co-founder and president of NYC Media Group, the largest publicly-owned media company in the United States. Under Mr. Wierson´s leadership, the flagship station, NYC-TV, won 44 Emmy awards and was nominated on over 160 occasions. Mr. Wierson began his career as an investment banker and as a political aide to New York City Mayor Mike Bloomberg, helping Mr. Bloomberg with his successful 2001 mayoral election bid. Wierson holds a Bachelor of Science degree in Diplomacy from Georgetown University’s School of Foreign Service, graduating cum laude and a Master’s degree in Economics from the Universidade de São Paulo – Campinas (UNICAMP) where Mr. Wierson attended as a Rotary International Ambassadorial Scholar. Mr. Wierson speaks fluent Portuguese, English and Spanish.