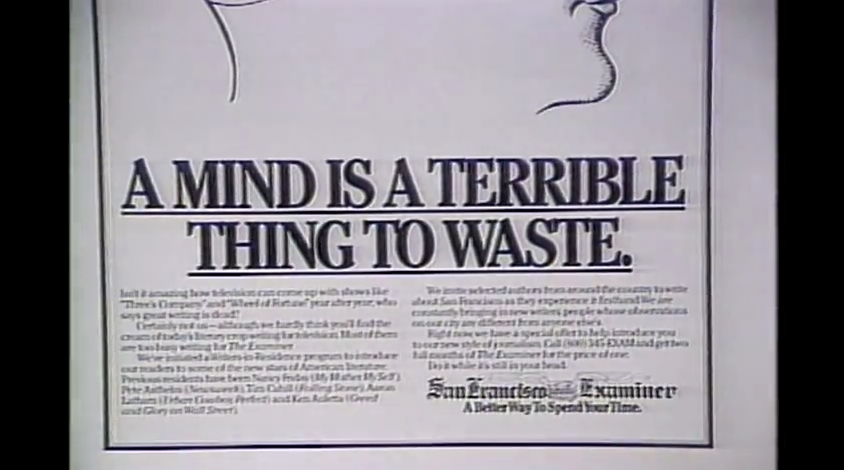 In 1986, the San Francisco Examiner began an advertising campaign that used and abused all of the television news stereotypes. It was brilliant. And, it was ripe for a response. KRON News director, Mike Ferring, told photographer George Griswold and reporter Wayne Freedman, "Don't hold back."