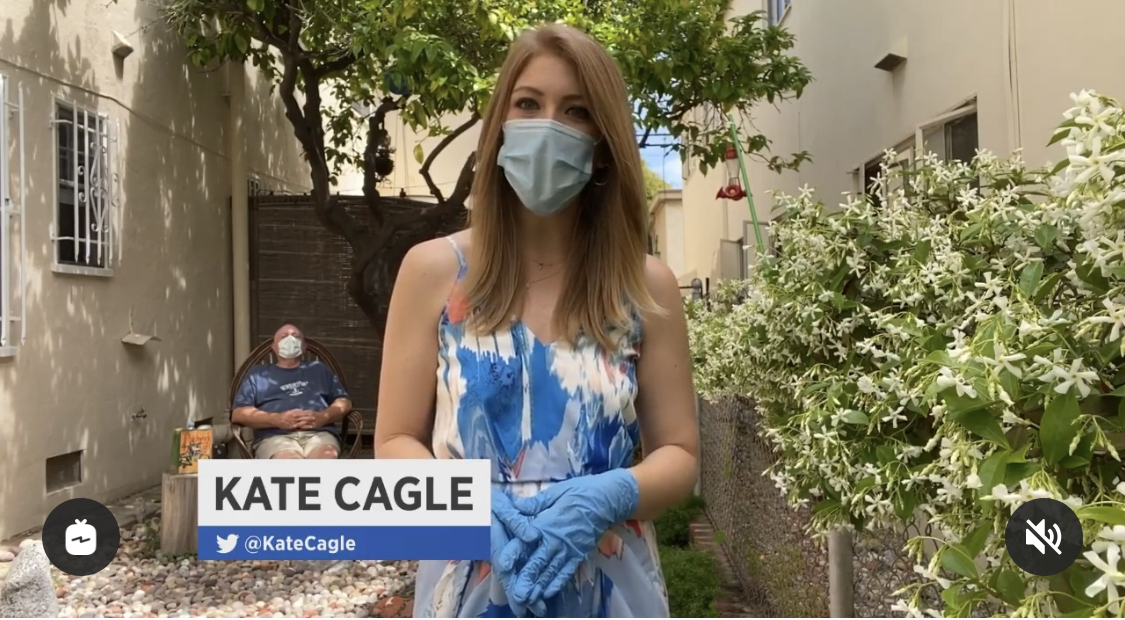 Kate Cagle is an MMJ at Spectrum News 1 in Los Angeles.

Like everyone else at Spectrum News 1 in LA, she went through the bootcamp, where she learned the 5-shot method, fluffy the dog and so on.

She also learned to get as close as possible.

Now, of course, in the era of Covid-19, getting up close and personal is, for the moment at least, off the table.

But how do you continue to produce pieces that have that sense of visual intimacy without getting too intimate in the shooting?

Kate came up with a way.

When you look at her profile of Laury Bird (Isolated Seniors Face Uncertain Future Amid Pandemic) you still get that sense of visual intimacy, So how did she do it?

First, remarkably, she shot a lot of it through the window.

The CUs and ECUs were done with a zoom lens or by zooming in in the edit.  Shooting in 4K on a phone has it's advantages. The image is large enough and stable enough to allow it to be cropped, so long as your intiial framing is done with the idea that you are going to crop later

She aslo shot on a selfie stick, which gave her the ability to get closer without getting too close.

For audio, she wiped down the RF mic both before and after, and then passed the gear onto Mr. Bird, who she instructed, from a distance, on how to self-mic.

The result is that Kate stays completely safe, but delivers a piece that is far more intimate and compelling than the Zoom interview stories that are appearing on most other TV news shows.