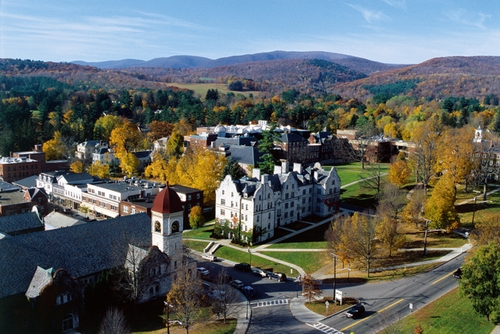 Harvard Business School professor: Half of American colleges will be bankrupt in 10 to 15 years

Student loan debt is now the second highest consumer debt category - behind only mortgage debt - and higher than both credit cards and auto loans.

This is both mind-boggling and destructive.

An entire generation, and their parents, are being crushed out of existence because US colleges and uinversities are simply far too expensive

There are over 4,000 colleges and universities in the United States, but Harvard Business School professor Clayton Christensen says that half are bound for bankruptcy in the next few decades.

Christensen is known for coining the theory of disruptive innovation in his 1997 book, "The Innovator's Dilemma." Since then, he has applied his theory of disruption to a wide range of industries, including education.

In his recent book, "The Innovative University," Christensen and co-author Henry Eyring analyze the future of traditional universities, and conclude that online education will become a more cost-effective way for students to receive an education, effectively undermining the business models of traditional institutions and running them out of business.

This was one of the basic motivations behind TheVJ.com.

For many years, I taught at both Columbia University's Graduate School of Journalism, and latterly at NYU.  During those years, I watched tuition skyrocket.

In my final years at NYU, tuition had reached $72,000 a year - now it is even higher.  I used to start my classes by telling my students to go to the bursar's office, get their money back, go out and buy a video camera and a plane ticket for a week from now.

Then come and see me, and I would teach them the basics of filmmaking in a week. After that, get on a plane, go someplace interesting, start shooting and send me the videos for comments and critiques.

The faculty at NYU did not think this was at all funny. It was not supposed to be. So they threw me out.

At the Innovation + Disruption Symposium in Higher Education in 2017, Christensen specifically predicted that "50 percent of the 4,000 colleges and universities in the U.S. will be bankrupt in 10 to 15 years."

More recently, he doubled down on his statements, telling 1,500 attendees at Salesforce.org's Higher Education Summit, "If you're asking whether the providers get disrupted within a decade — I might bet that it takes nine years rather than 10."