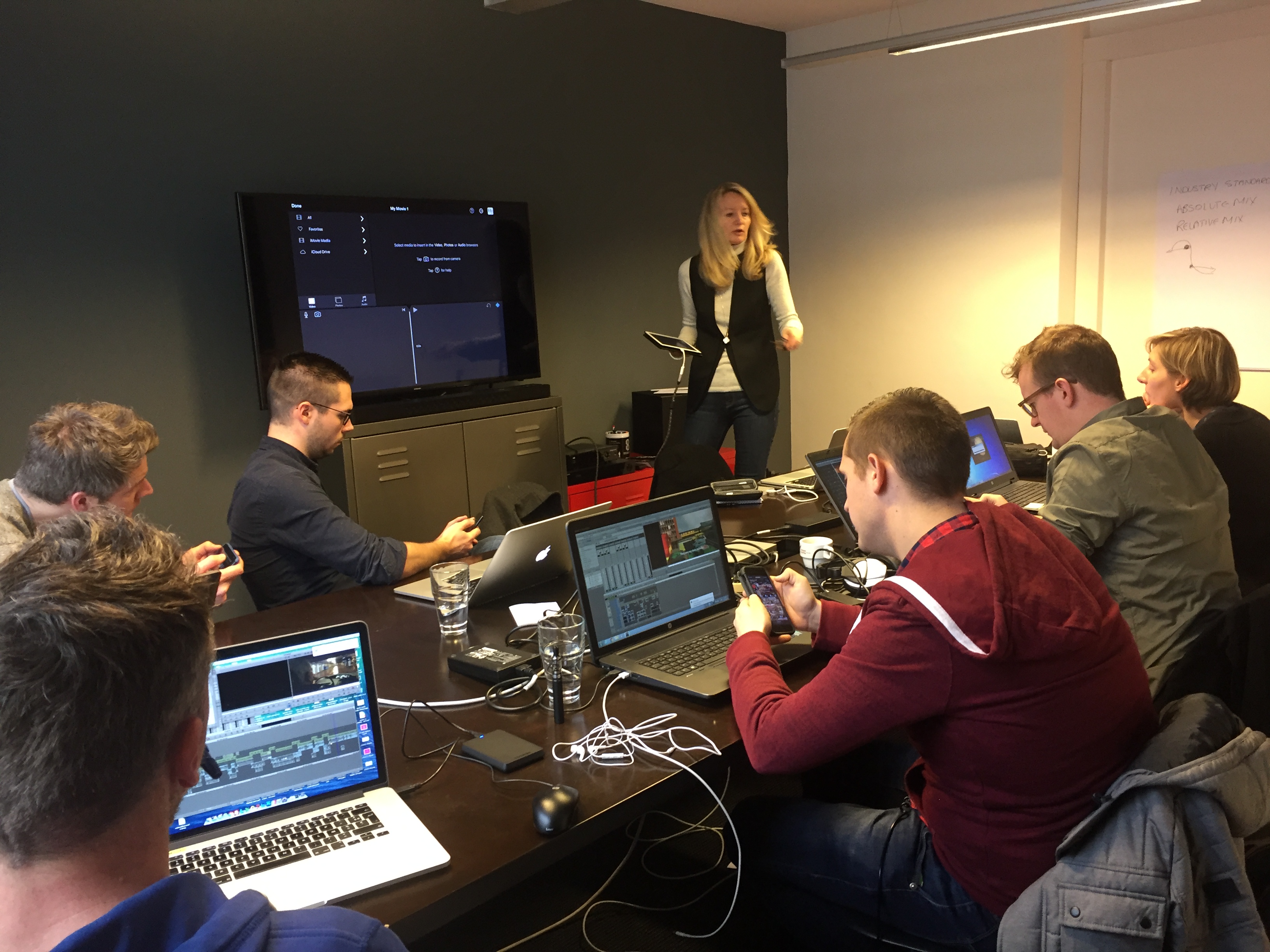 Have Traditional Cameras Met Their Waterloo?

In 1815, Napoleon met his Waterloo in Belgium (as anyone who likes ABBA, (or even doesn't) knows...

This week, we have been training VJs from some of Belgium's newspapers and TV channels and it would seem that here too, traditional TV video cameras have met their Waterloo.

This week, in one of our 4-day VJ bootcamps, all of the journalists have been working only with iPhone 7.

This is a big change for them. Up until now, they all had been working with what we used to call small video cameras.  Not so long ago, THAT was revolutionary - and we spent years arguing with news divisions that giant betacams were an unnecessary and expensive encumberance.  We fought for smaller and smaller video cameras.

Now, even those are clearly nothing but paperweights.

In this business, you live and die based on what is on the screen, and what has been put on the screen this week, shot entirely on iPhone7, is astonishing.  You cannot tell the difference.

Of course, the iPhone 7 shoots in 4K, so all the 'quality' issues have been blown away. That's technology for you.  But the iPhone 7 also changes the dynamic of video newsgathering.

First, every reporter has the 'camera' with them all the time.  All the time.  Pretty much 24 hours a day. This is a very big difference.  Second, the phone is so unobtrusive that the journalists are now able to work in an entirely different way- far closer, far more intimate and hence far more powerful.

The iPhone 7 does for video journalism what the Leica did for photo journalism 50 years ago - that is, it takes what had been a craft and turns it into a fine art - or at least has the potential to do that. And that, really, is one of the things we are constantly striving for - to change the way that TV or video journalism is not just made, but also looks and 'feels'.

The results here in Brussels (and last week with the British Armed Forces in the UK) have been nothing less than astonishing  - even to us.

Besides shooting, of course, you also edit in the phone, add the graphics and the music and then are able to either share or even go live, from anywhere in the world, at any time, for free. It's a complete revolution in the journalism business.

Some major news and media companies will get this  - others will resist. But resistance is futile.  Those who embrace the new technology, used in new ways, have a very interesting future ahead of them. Those who fail to embrace and adapt have, in my opinion, no future.