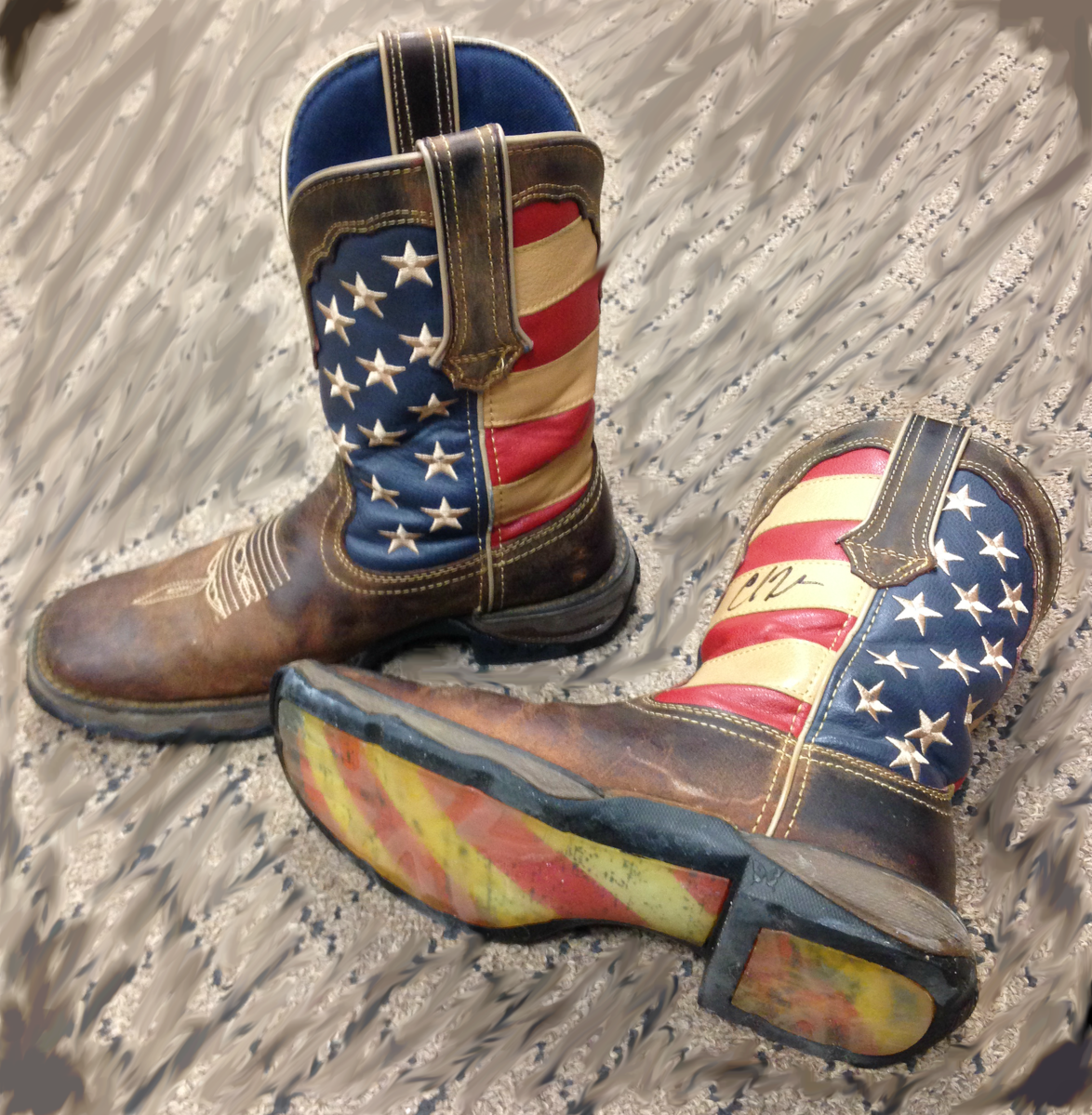 He Sued With His Boots On

A recent exchange on the Mojocon Facebook page following a question about rights prompts me to write this cautionary tale.

Hello
I've looked at a lot of resources and I can't find a reliable, definitive answer to a copyright question so I thought I'd post the question here:

I'm working on a video where I followed a cosplayer as she mad a Wonder Woman costume. I went to a bookstore and took a few short clips of some comic books, and I was wondering if it's alright to use them in the video?

If you are a member of TheVJ or you have taken one of our VJ bootcamps, you know that we take rights and relesases very very seriously. (If you are a member, take a look at our set of lessons on legal issues and rights).

How seriously do you have to take relesases and use of other people's intellectual property?

There are lots of rumors floating around the Internet and other places about things like the '10 second rule' or what I would call 'accidental use' - as in, oops, it just sort of slipped in there, who will notice?

It only takes one owner of IP to notice and you are on your way to some very serious and very expensive legal problems.

If you are a regular viewer of HGTV- House Hunters, for example, you will note that the producers always blurr out original art hanging on the walls of the homes they are exploring. This is not by accident!

Many years ago, I produced a very successful series for TLC called Trauma,Life in the ER - real life emergency rooms.  We were incredibly cautious about releasing EVERYONE who appeared in the series.

Once, in Dallas, we shot a story in the ER there about a guy who had fallen off his motorcycle and hit a fire hydrant - bad result. The doctors called them 'donor-cycles' for obvious reasons.

We were our usual cautionary selves about releasing everyone.  When we could not get a release, we shot 'artistically, - or so we thought.

In the case of the guy who hit the fire hydrant at 40 mph (on his back), we shot him being wheeled in, covered in a cloth. All you could see were his shoes- really nice silver boots.

When the show aired, his family sued.  They said that the boots were unique to him, and that anyone who knew him could identify him right away.  Of course, we had no release.

We thought it was a ridiculous claim.

It cost us a lot.

So here's the lesson.