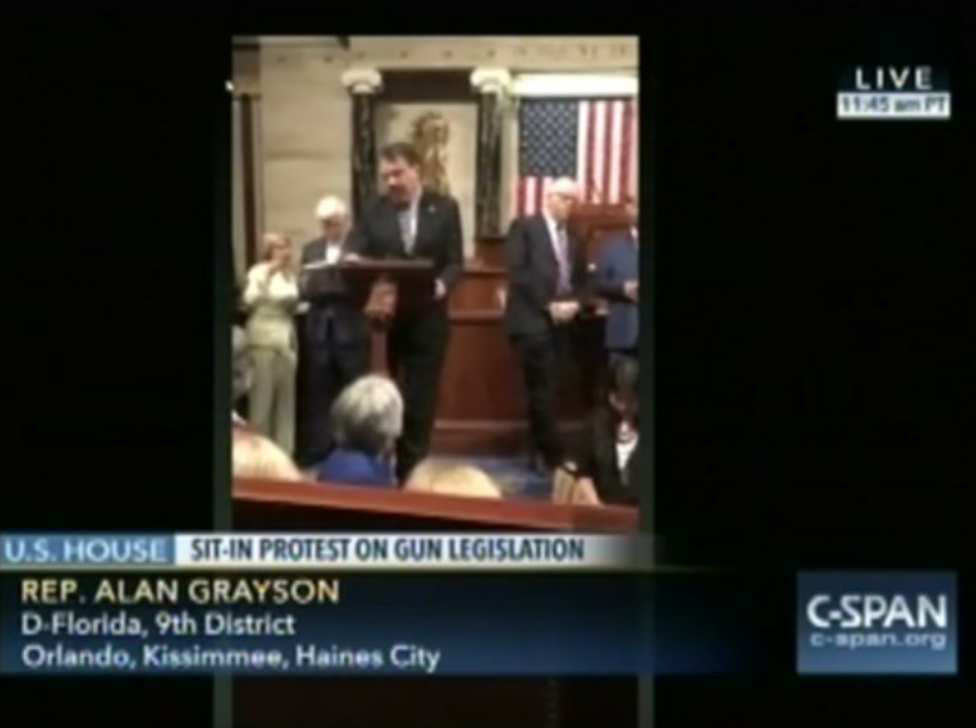 Yesterday, Democratic members of the House of Representatives, in an unprescedented move, took to the floor of the House and staged a 'sit in' to protest the failure of the Republican leadership to allow a vote on several gun control acts.

I am not going to get into a discussion on gun control in America. You can find that pretty much everwhere else.

What made this intersting was that after House Speaker Paul Ryan cut off the House TV system, and hence, the protesting legislator's access to the 'outside world', several Democratic House members turned instead to live streaming the event from their Smart Phones.

While we have seen a fair amount of live streaming, particularly on Facebook (where Mark Zuckerberg is paying both media companies and celebreties to use the service -see another blog on this one), this is the first time (I think) that Live Streaming has been used to circumvent the limits of conventional broadcasting so effectively.

Rep Scott Peters was the first to live stream on Periscope, but that feed was soon overwhelmed, and a few other lawmakers joined in, streaming on Facebook.

Public service broadcastr C-Span picked up the fed and carried it on their until now conventioanal broadcast.  C-Span was established by the government and traditionally broadcassts only from fixed cameras in the Congress (along with many studio shows).

We have a deep seated belief that what we know of events around the world is circumscribed by what we see of them on TV. And until now, the scope of what we have been able to see on TV (later carried on the web) was deeply limited by both the ability of networks to cover and broadcast, and their own inherent interst in the subject matter.

Now, lawmakers in Washington effectively bypassed the limitations of conventional broadcast technology and got their images out to the world.

If they can do this in Congress, then surely they can also do this in Syria, Gaza, Iraq, Burma and about a million other places.