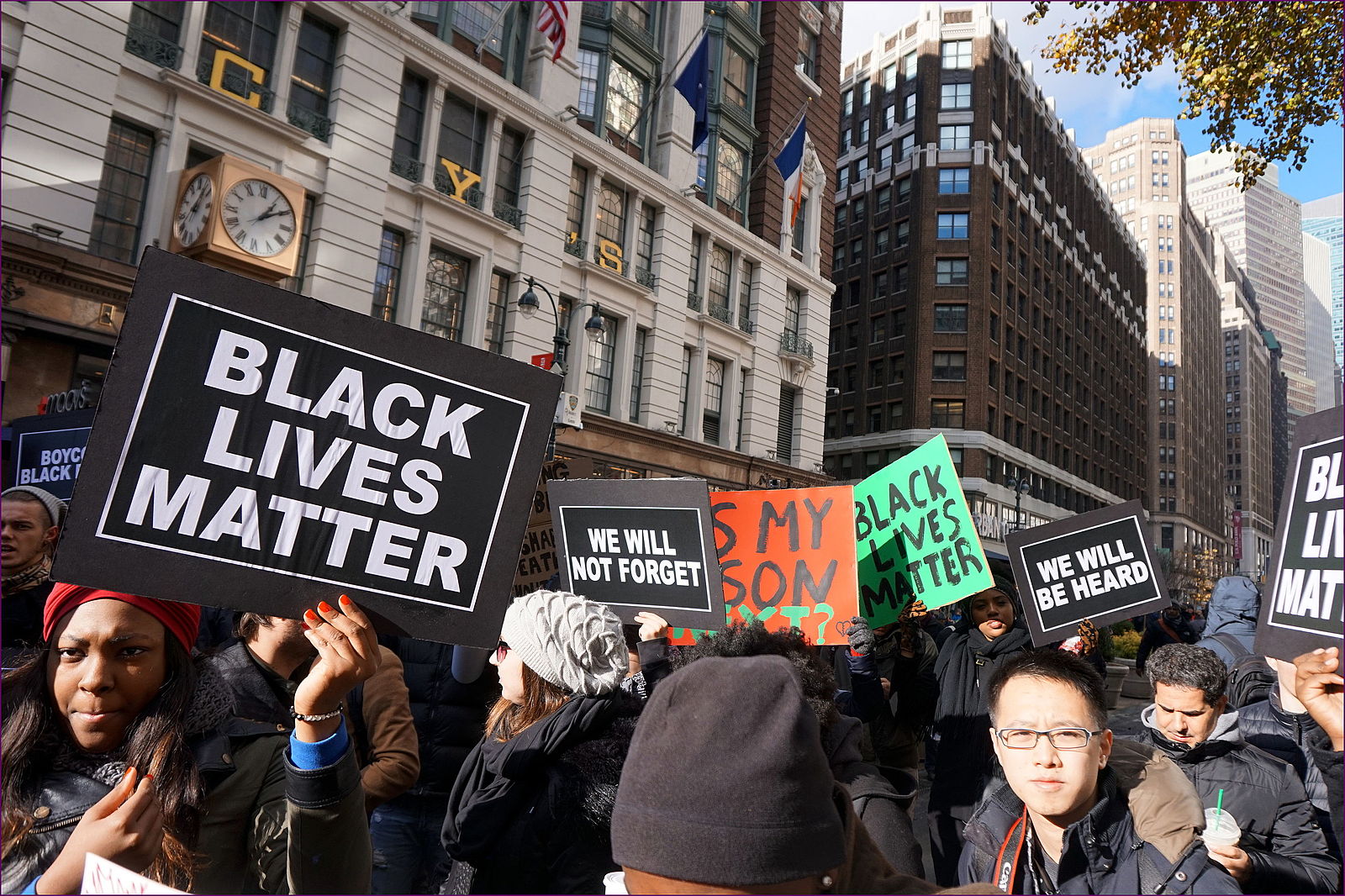 How Black Lives Matter Was Created by iPhones

Charlotte, North Carolina has been the scene of protests and rioting all this week as a consequence of the police shooting of Keith Lamont Scott last Tuesday.

The shooting, and the subsequent protests made the national news because, among other things, it is part of a national trend (if that is the right term) - a seemingly endless wave of police shooting young black men and having it recorded on video.

Without the last part of that sentence, the rest of the paragraph would cease to exist.

It is the fact that these events are both recorded on video and then shared via social media (and ultimately picked up by TV) that gives this so much consequence.  But it also bespeaks a fundamental change in the nature of media.

The time was, and not so long ago, when most police action happened, they happened in the dark - unseen and unknown to anyone - even the police.  And, whatever video we did get, it generally happened by accident.  The Rodney King video which set off the LA riots in 1992 only happened because George Holliday was practicing with his new VHS camcorder and pointed it out the window. Contrast that with the Philando Castille shooting in Minnesota last month in which his girfriend live streamed video of the police shooting Castile - as it happened.

There is a fundamental change happening here, and it is one that is begin driven entirely by the technology.

The ability to 'see' things is new.  For all of our history on this planet, almost everything that happened, happened in the dark.  It was unseen.  When it was seen - and this in itself is a rather novel event, it happened by accident.

In 1963, Dallas dressmaker Abraham Zapruder was trying out his new Bell and Howell 8mm film camera when he happened, entirely by accident, to capture the assasination of President John F. Kennedy. Those few frames, reproduced in Life Magazine, the TV of its era, were seared into the collective consciousness of the nation - a terrible moment frozen in time.

But those were rare. And even when they did occur, and as with both Zapruder and Holliday, entirely by accident, it required the massive machinery of the media companies to distribute them to the world.

Now, all that has changed, and virtually overnight.

Today, everyone who carries an iPhone or a smart phone also carries not only a broadcast video camera but also an edit studio, a graphics package, music tracking and the ability to share or publish or broadcast their video - even live stream - to the rest of the world at the push of a button and at no cost.

This is something significant.

This is something world-changing.

The power of media, which once resided only in the hands of a very few media companies like News Corp or Time/Warner now resides in everyone's hands - quite literally.

"We laugh but when I made my last trip to the USA with Rebecca Younge and Alex Younge we actually had to have a discussion about what we would do in the event we were pulled over by the police. Can't imagine what that's like as a day to day experience.

Perhaps the answer is, take out and fire up our iPhones.