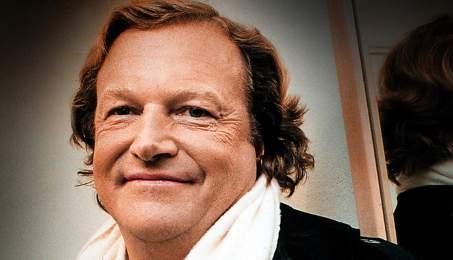 How do you make billions? Here's a small hint from someone who did...

In the late 1980s, I had quit my job as a producer for CBS News (Sunday Morning), bought a small hand-held video camera (Hi8 in those days), and started traveling the world doing my own shooting and reporting.

Today, a lot of people, (millions now) shoot their own stuff, but in 1988 this was a rare as rocking horse shite (as we say in Britain, with an extra e).

I was able to sell my stories to any number of networks, mostly because it was a lot cheaper to do than having the network send a whole crew and reporter.  As a result, I went all over the world to places they didn't want to go - Cambodia, Afghanistan, Sudan, Gaza to make my stuff.

About a year or so into this, I got a call from a Swedish billionaire I had never heard of named Jan Stenbeck.  He was just starting the first commercial TV networks in Scandinavia, and saw (which I did not) the financial consequences of what I was doing.

By getting rid of the camerman, soundman, producer and reporter, I had been able to slash the cost of coverage.  He met with me and asked me the seminal question that shaped the rest of my life:

"Can you teach other people to do this?"

My answer, which I still believe to this day, some 30 years later:

"Any idiot can do this."

And on that, he put up $1m dollars, set up a company and gave me 30% of equity. That was how I got started for real.

At the end of our meeting, he turned to me before I left.

I was a bit dumbstruck by this question. We had jsut spent the last hour talking about what I did.

He repeated. "What do you do?"

I paused for a moment.

"I travel around the world with a video camera." I said.

This took me a bit by surprise.  He bore in on me.

"You are the world's expert in the video revolution." he said.

Now he got annoyed.

I knew there were a whole lot of people who were much smarter than I.  He did not care.

"From now on, if anyone asks you, no matter who, no matter where, you tell them 'I am the world leader in the video revolution.  Let other people say you are not!!'"

Well, this guy had made billions on his own and now he was my new business partner. I was not going to argue.

So that is what I did.  From then on, no matter who asked me, I always said, 'I am the world leader in the video revolution.'

Now, at first it was hard to do and it sounded ridiculous; even embarassing.

But I kept at it.

I some early interview with Time Magazine, they put it in quotes, in a deragatory sort of way.  But I was not deterred.

And, in a few years, the quotes went away.

Slowly, over time, I got a reputation as, if not THE world leader, at least a world leader in the video revolution, and I began to believe it myself. People began to treat me as such, (and to pay me as such).

It was largely self-created, but it worked.

I realized after some time that Stenbeck, a genius who saw the future way before anyone else did in so much, also understood the notion of personal branding.

In the digital world where everyone has equal access,  this has become crititcal. If you want to stand out, you have to create and continually push your own brand.

And you know what?

As I said, Jan Stenbeck did not become a billionaire for nothing.