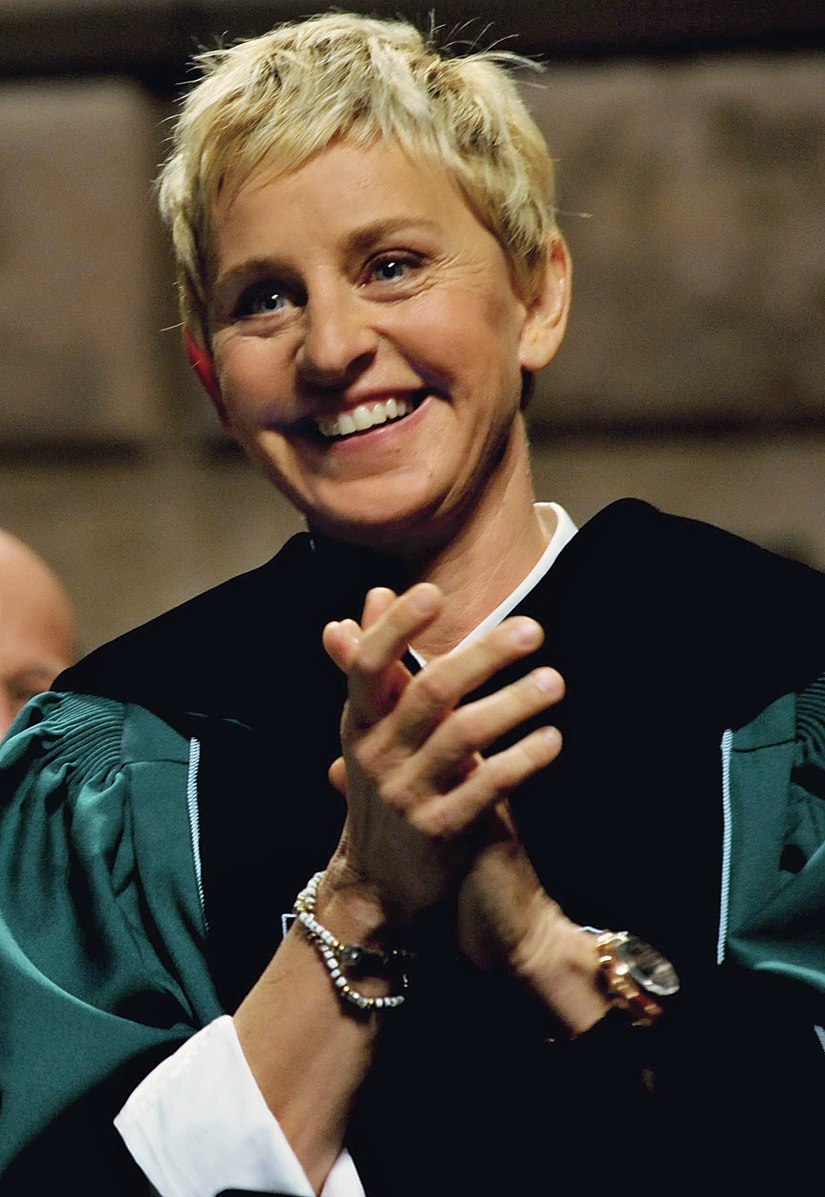 Not really her fault.

How Ellen Got Us Donald Trump As President

Many years ago, I owned a company called Video News International.

It was one of the very first MMJ or VJ news companies in the world.

I had 102 MMJs working for me, using, at that time, Hi-8 video cameras and placed all over the world.

In the early 90s, I sold 51% of the company to The New York Times, and became the President of what would be called, New York Times Television.

At the time of the sale, I told Punch Sulzberger, who was the Chairman and Publisher at The Times that I would create a video and TV analog to the paper, what with their great reporters and great content. It didn't seem too hard to envision.

Shortly after I signed the deal, I was invited to lunch by Joe Lelyveld, the Managing Editor of the paper.  We had lunch in the executive dining room at The Times and over a lovely meal of salmon and white wine, he both welcomed me to The Times and told me that I would not be allowed to come near the newspaper, the reporters or the newsroom.

I told him that I had promised Punch that I would create a TV analog to the paper.

He looked at me with utter contempt.

Now, when you sell your business to The Times, or anyone else for that matter, you have to meet with the board once a month to give reports on your revenue and earnings, But no newspaper, no news meant no TV meant no revenue.

This was very bad.

One day, sitting alone in my office, trying to figure out what to do, I picked up the Sunday Book Review section of the paper and read a review of a new book called Kitchen Confidential by a guy named Anthony Bourdain. He was a new author and it was a popular read.  Could be TV?

We went on to produce his first two seasons for The Food Network.

He was a big hit.

Later, Lydia Tenaglia and Chris Collins would take him to even greater heights at both The Travel Channel and CNN until he tragic end.

With Bourdain I made a critical discovery. It didn't matter where he went.  Anyone who loved Bourdain, and there were many, did not care what the show was about.  No one turned it off if he was going to say, Tokyo.  Where he went was an abstraction.

People tuned in for him.

That is the natrue of television.

It is entirely character driven.

The rest of the content is, to a great degree, an abstracttion.

This is why our most successful shows are called things like Oprah or Ellen.

What they talk about is in many ways as immaterial as where Bourdain went.

Our media centric world is almost entirely driven by TV and video and movies.

The average American, according to Nielsen, spends 8 hours a day watching TV or movies.

And because that is who we are, pretty much everything we do is driven by video and thus by personalities, not content.

Which takes us to Donald Trump.

An editorial in today's NY Times talks about how Donald Trump hijacked the Republican Party and turned it into the party of Trump.

This is true, and not true.

It isn't Trump. It's the nature of the medium.

This is why Trump's best defense (or offense) and probably his most honest one is 'Joe BIden is boring."

But mayhbe boring is what we are looking for after four years of The Donald Trump Show.

Maybe the Donald Trump show is going to be cancelled on November 3rd.

Even if it is, it is only going to be reaplced by The Joe Biden Show.

In a culture dominated by the media, all that counts is the star.

The rest is completely immaterial.