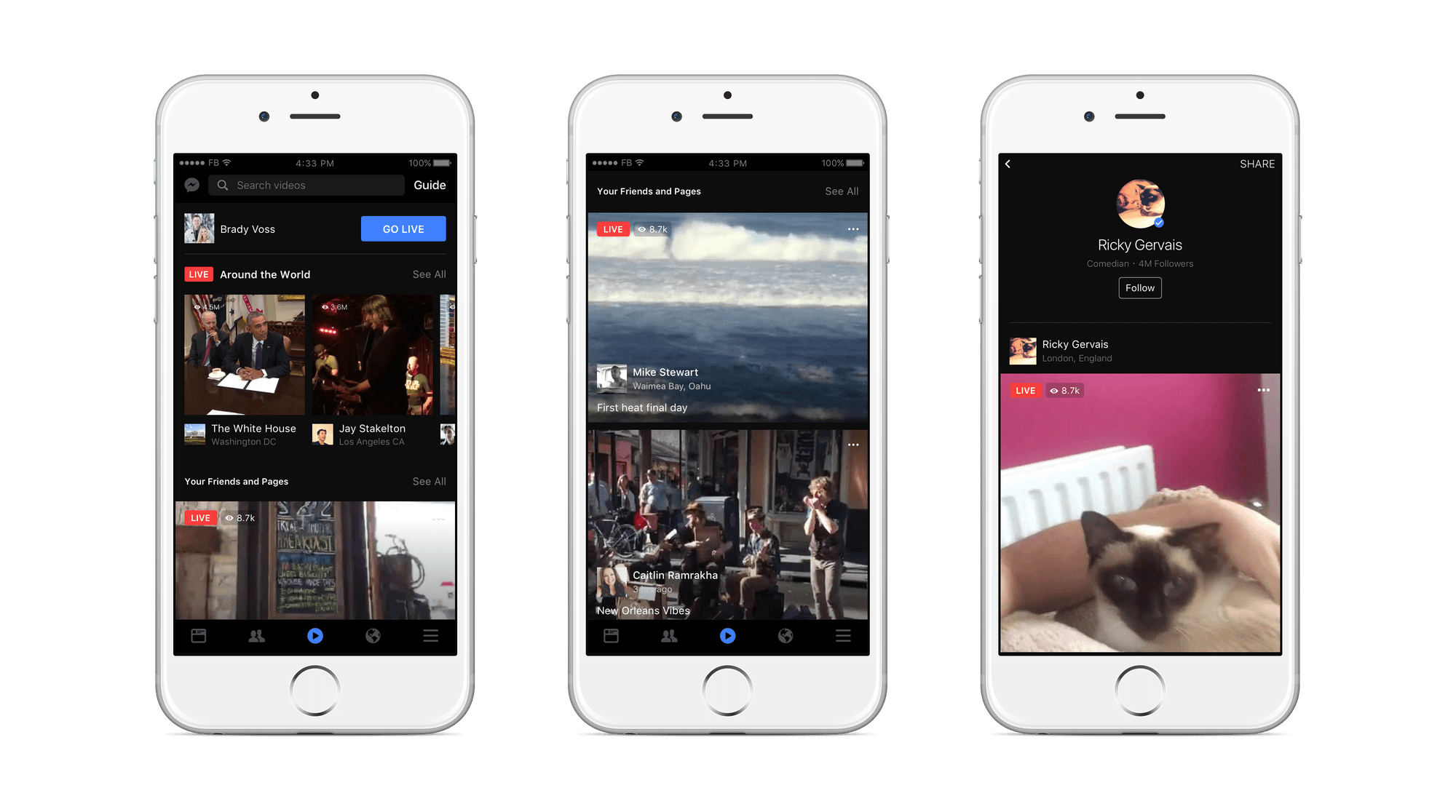 Video has become the dominant form on the Internet, and Facebook has become one of the first places people go to watch and share video. Mark Zuckerberg, CEO of Facebook, said last year that in 5 years time Facebook content will be primarily video This has been reflected in the expansion of video features on the social network -- particularly Facebook Live.

Many people and businesses have embraced Facebook video and Live as a way to get their work out to the world and promote themselves. While some best practices have seemed to have developed, the jury is still out on what exactly works and what doesn't.  One thing that people particularly struggle with is how long a Facebook video should be.

Mediashift teamed up with NewsWhip Analytics to crunch the numbers from some of Facebook's top publishers to see what works and what doesn't. They looked at Buzzfeed, New York Times, Daily Mail, Fox News, CNN, ABC News, AJ+, NowThis, BBC News, ATTN:, and Mic for the month of January 2017.

Here's what they found:

First off, they looked at the average length of Facebook videos: 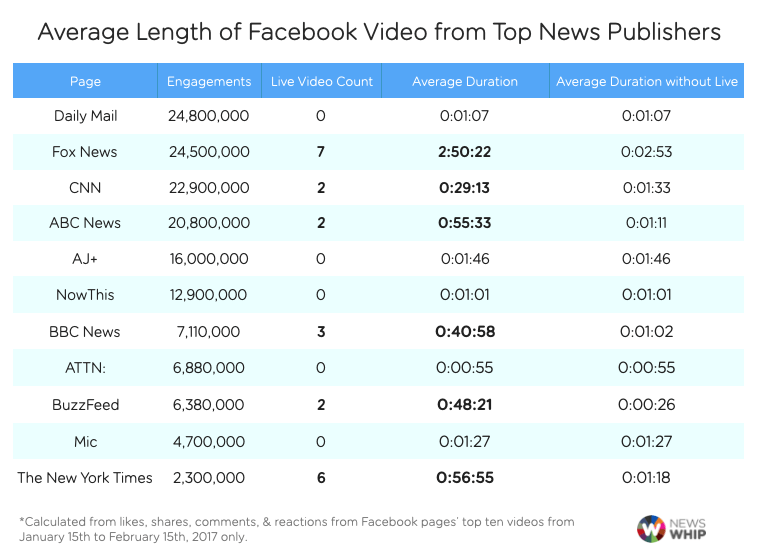 The chart shows that short video is what works on Facebook. Facebook is not the place to put your 15 minute documentary for everyone to see, but rather a place for short compelling stories. Fox news, which tends to attract an older audience has the longest average on the list, while Buzzfeed, which tents to attract a younger audience, has the shortest when not counting Live videos which vary on time.

"Live video made a big impact here. Seven of Fox News’ most engaging video were Live videos, and six of the New York Times’ videos. If we discount Live video, we see that video lengths are still trending longer than they did in 2015."

The big takeaway here is that Facebook is a place where people tend to have short attention spans and to get the most engagement you'll want to keep your video short and simple.

Another factor that Mediashift looked at were headlines.  Take a look at the top headline for each of these outlets from the month: 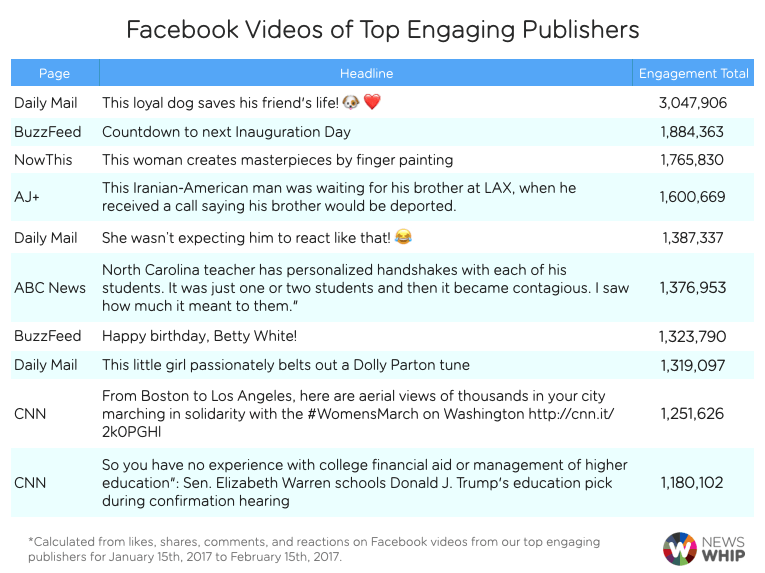 In this case, less can be more if you are doing soft news, but for hard news its a little different.

Here's an example from one of the most popular publishers on Facebook: NowThis. In addition to doing politics, NowThis also does great work with small human interest stories that seem to capture people on the web. This is a great example of how character drives storytelling.

You can also see an example of how character improves storytelling in our lesson on character driven stories.