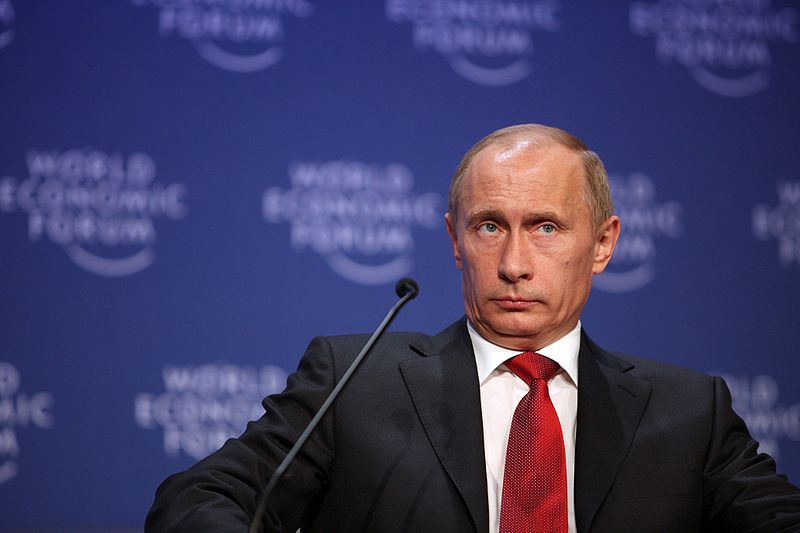 He Understands The Power of Television [image: Wikicommons]

How Television Ended The Soviet Union

I am in the middle of reading The Rise and Reign of Vladimir Putin by Steven Lee Myers.

I am reading this because this summer, like every summer, I am going back to Oxford to continue my adult education in their excellent summer school. This year it's Russia: Rasputin to Putin.

I am about half way through the book, and Putin has allied himself with Anatoly Sobchak, the liberal mayor of Leningrad, soon to be St. Petersburg.  Putin was, of course, a KGB agent - but that is another story.

What I found fascinating in the book was that every major event in the collapse of the Soviet Union revolved to a great deal around - television.

Exposure to western television helped to undermine the power of the Communist Party, first in Eastern Europe (Putin was a KGB agent in East Germany).  The more western TV people in East German (and later The Soviet Union) saw, the more they could see the lifestyle that they were being denied.. and the inadequacy of the Communist system. Far more than nuclear weapons or space based Star Wars systems, it was television in the end that seems to have been instrumental in the implosion of Communism - something that happened from within rather than from without.

As the USSR began to unravel, it was the liberal democrats who took to the TV stations to broadcast their messages to the public.  Sobchak, for example, upon hearing of the abortive Communist coup (August 19. 19921) in which the old line Communists in a last ditch attempt, put Gorbachev under house arrest and attempted a military take-over, headed not for the St. Petersburg City Hall but for the TV station.

He broadcast a stunning rebuke to the KGB/Military that was rebroadcast across the Soviet Union.  The coup, headed by Vladimir Kryuchkov went to the TV studio in Moscow and broadcast that THEY were in charge.

But, ironically, Kryuchkov was 'terrible television'. His hands were shaking, his voice was trembling.  Sobchak was great television.

Putin worked for Sobchak, the liberal democrat, but he was actually a secret KGB agent in the service of Kryuchkov, who was also head of the KGB.  But Kryuchkov was so terrible on TV that Putin decided at that moment to throw in his lot with Sobchak - against all the principles he had lived by up until then.

Such was and is the power of television.

I am not going to draw parallels between Trump and Sobchak (God forbid - complete opposites), but there is something instructional here about the incredible power of TV in a media-driven society.

This is why I have been and remain so adamant about the necessity of each of us becoming 'video literate'. This remarkable tool of communciation is far too powerful; far too important to be left to the hands of a select few - whether it is politicans or Viacom.

Video/television is the most powerful tool of communicating - ideas in particular, that we have.  It is therefore essential to a functioning democracy that everyone have equal access and equal fluency in this relatively new medium.

And the next time there is a poltical revolution, you won't have to head for the TV station - all you'll have to do is fire up your iPhone live streaming video.